In Spring we started our new monthly series of live musical performances and digital dome events that utilized many of our dome’s versatile attributes. The digital dome is unique in that we have infinite control over the flexibility of the space. We can articulate the digital dome, add or remove rear projection panel screens, and make custom seating arrangements for each performance.

In February, we presented CelloCosmos “Alien Concerto: Close Approach” with an electronic cello as a imagined creature on an interstellar space mission—it was a sold out event. 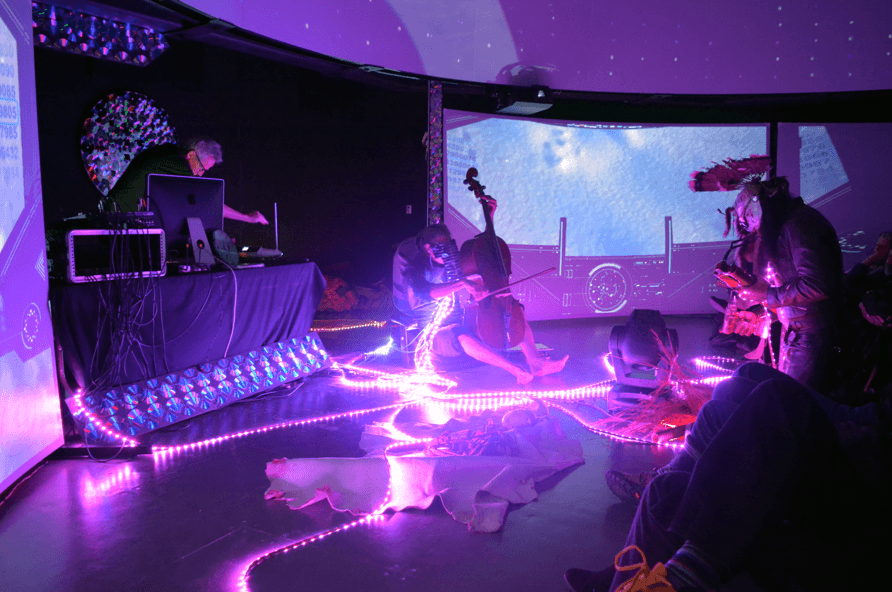 Playing in the live performance were cellist Michael Kott (Wedan DePansai), electronic composer Dwight Loop (Dream Jungle, Third Ear), and guest artist two-time Grammy-winner Robert Mirabal (Taos Pueblo) on the indigenous flute. The live interactive video on both the digital dome and two rear projection panels were piloted by Joe Dean of Lumenscapes, who took us on an audio and visually-immersive trip through time and space to a new imagined planet! Space data and imagery were provided by UNM ARTS Lab’s David Beining and production was done by IAIA Digital Dome Manager Mats Reiniusson. 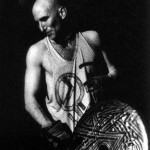 In March we hosted visiting artist Z’ev who created a piece for our space with technical support from our staff and students.

Z’ev is an American poet, percussionist, and sound artist. The piece Z’ev performed at IAIA was part of his Cine-cussion series—works that explore cymatics—the study of sound wave phenomena and their visual representations as vibrational patterns. During the performance, he worked with imagery of water reacting to sound waves. We used two of our rear projection panels to project the captured depth sensor data (Microsoft Kinect) of Z’ev which we mirrored and manipulated with software (ZVector). The sound was run through our custom software which allows us to move the channels throughout our 15:2 spatialized speaker system in real time. 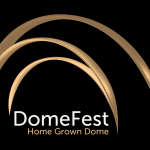 Our April event was a screening of DomeFest’s Home Grown Dome from UNM’s ARTS Lab curated by festival founder David Beining. DomeFest is a full-dome film festival produced at UNM’s ARTS Lab and the DomeFest’s Home Grown Dome reel is a compilation of the best personal and experimental immersive works by independent artists, small studios, and students.

The last event for Spring was The Cypher Dome on Saturday, May 7, at 7.30 pm. Produced by Ehren Kee Natay and Mats Reiniusson, and in conjunction with The IAIA Powwow, The Cypher Dome was an evening performance combining the sounds of jazz, Indigenous hip-hop rhythms, and spoken word poetry.  After the IAIA Powwow, the “Speaking Truth In Power” poetry class and special guest performance artists accompanied an eclectic combination of musicians to create an improvised performance-art installation. The IAIA Digital Dome provided an eye-dazzling spectacle for scenery as the evening culminated into an all-styles dance cypher in which participants blessed the circle. 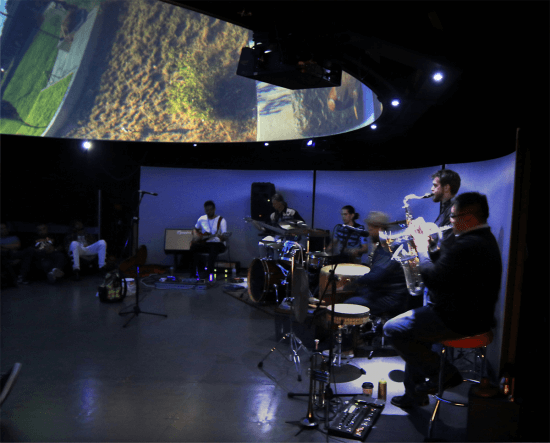