Action/Abstraction Redefined opens at the Cahoon Museum of American Art

Curator Talk at the Cahoon Museum of American Art

“The exhibition has been well received among the Cahoon Museum’s audience,” says Executive Director Sarah Johnson. The museum has offered public programs including gallery and curator talks, and their monthly afterhours event, Night at the Museum, where visitors can learn more about the artworks, MoCNA, and the Institute of American Indian Arts.

Organized by the major twentieth-century art movements that influenced the exhibited artists—Abstract Expressionism, Color Field painting, Hard-Edge painting, and more—A/AR is the first traveling exhibition that analyzes modern Native American art inspired by these movements from the 1940s through the 1970s.

Innovative artists such as Fritz Scholder (Luiseño), George Morrison (Chippewa), and T.C. Cannon (Kiowa and Caddo) explored new ways of artistic expression and challenged stereotypical expectations of Native art. Their deeply personal paintings, sculptures, and works on paper were created in studios across the nation and at the Institute of American Indian Arts (IAIA) in Santa Fe where artists were encouraged to experiment and take risks. As part of avant-garde movements, Native artists redefined the concept of abstraction and dissolved the boundaries of contemporary Indigenous art.

View a collection of photographs from the exhibition. Photographs courtesy of Cahoon Museum of American Art. 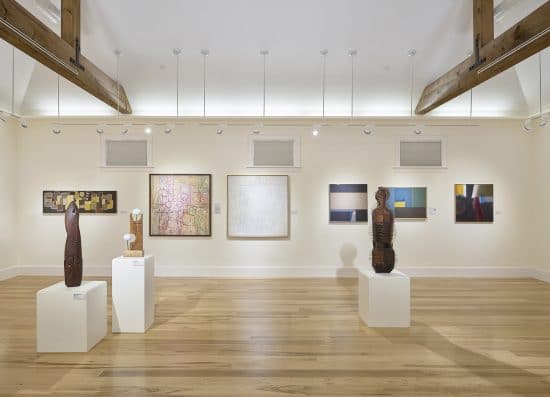 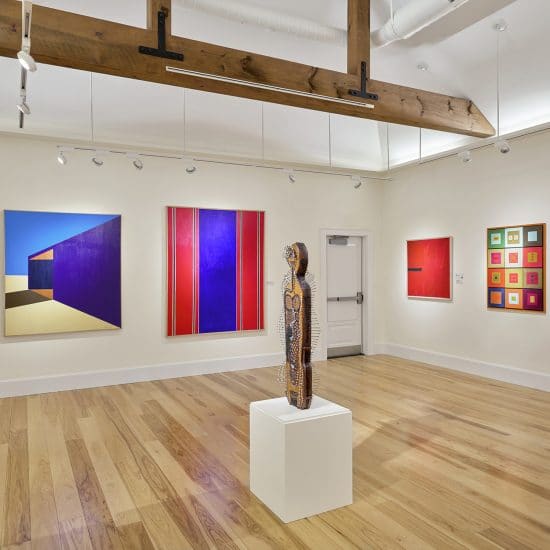 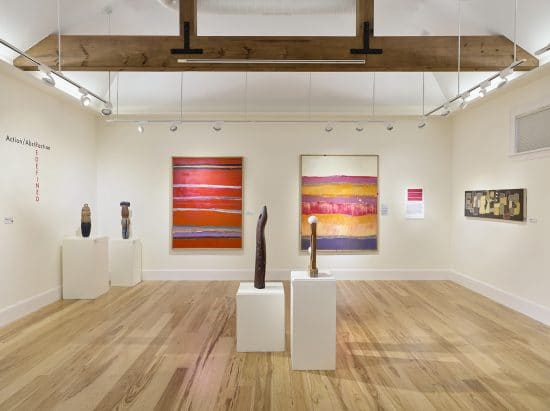 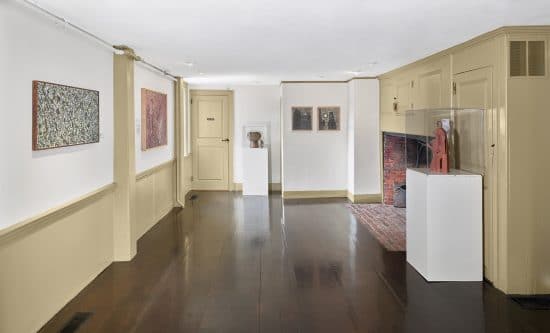 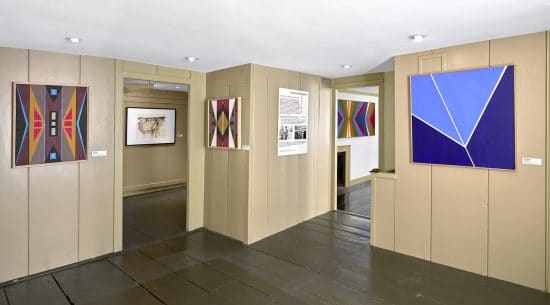 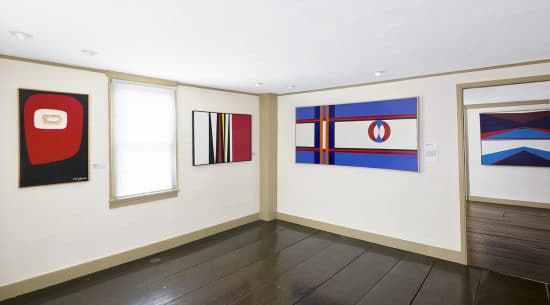