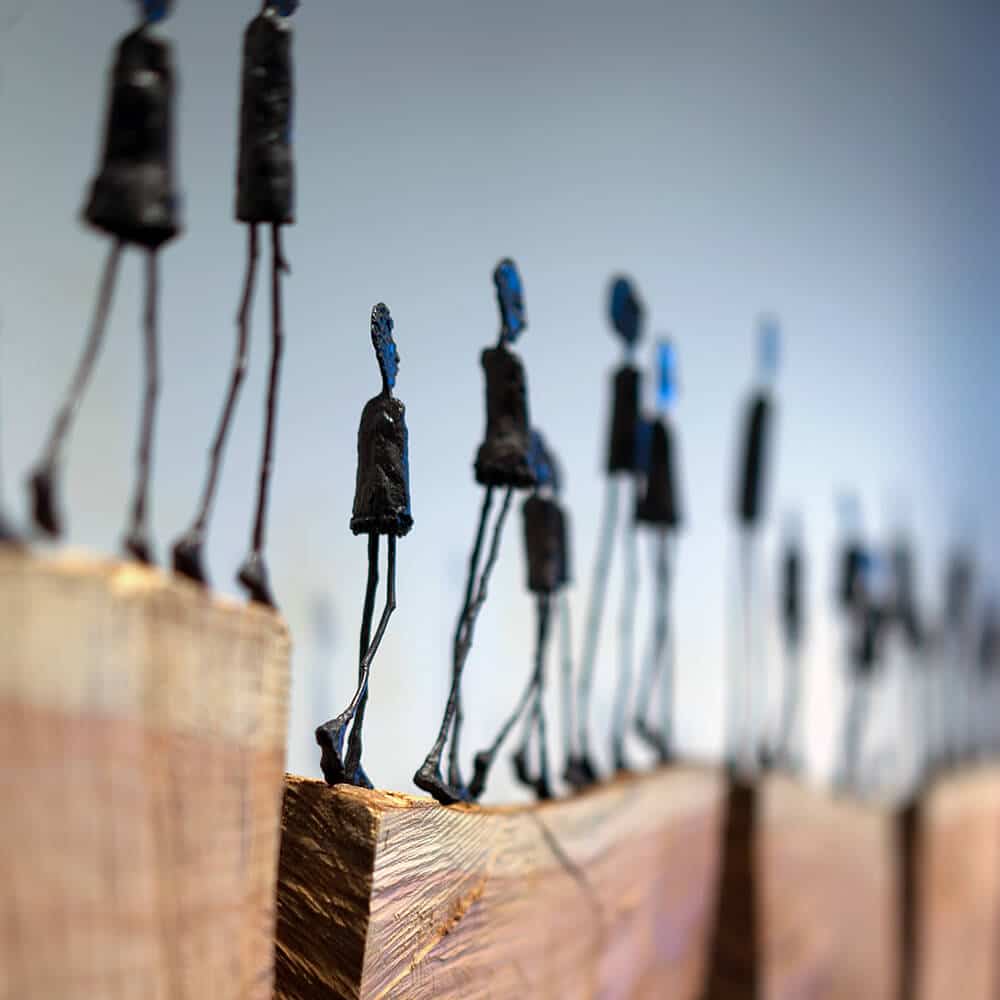 Allan Houser Art Park, and galleries on the first floor 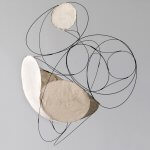 Meeting the Clouds Halfway: Terrol Dew Johnson and Aranda\Lasch is a collaboration between Tohono O’odham basket weaver Terrol Dew Johnson and architects Aranda\Lasch (Ben Aranda and Chris Lasch) from Tucson and New York. The exhibition features contemporary basketry and architecture that blend traditional craft with modern design. The artworks explore the desert surrounding Tucson as a place of inspiration and opportunity. Based on a shared interest in traditional Tohono O’odham practices and their bearing on modern life, the works are made from the four natural materials of the desert: rock, copper, wood, and grass. Allegorically and materially, this exhibition highlights the holistic nature of Aranda\Lasch and Johnson’s extensive, deeply thought-out engagement with architecture and the natural environment. The exhibition was organized by the Museum of Contemporary Art, Tucson. 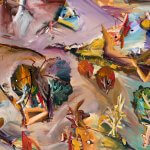 Expanding Horizons: Darren Vigil Gray highlights new abstract landscapes by Darren Vigil Gray (Jicarilla Apache/Kiowa Apache). The works reflect Gray’s personal approach to the subject “landscape,” and his spontaneous painting method inspired by abstract expressionism and his inner self. Abstract elements found in nature, color relationships, as well as the physical properties of his oil paints play an important role in the creation process of his lush compositions.

Holly Wilson (Delaware Tribe of Western Oklahoma/Cherokee) presents her new narrative works created in a variety of media including bronze, wood, and encaustic. Her figures serve as her storytellers to the world. They often resemble stick figures or animals with human characteristics. The stories are both representation of family history as well as personal experiences. 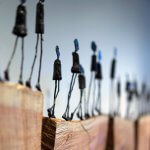 Wilson is a contemporary multimedia artist. She uses the figure as a vehicle to lure the viewer into her stories. Her work weaves together the threads of various narratives to create a tapestry that tells stories which are sacred and precious, personal and universal, powerful, and at times, volatile. She brings to life things sometimes kept secret, hidden, and not permitted to be said in this context. The audience connects with the emotion captured in her work, a moment that resonates with their life and their story, allowing them to transcend differences of gender, race, class, ethnicity, or sexual orientation and connect through their shared humanity.

Wilson received a BFA from the Kansas City Art Institute in 1992 in Ceramics, an MA in Ceramics in 1994, and a MFA in Sculpture in 2001, both from Stephen F. Austin State University. Her works are in corporate, public, and museum collections throughout the United States, as well as national and international private collections.