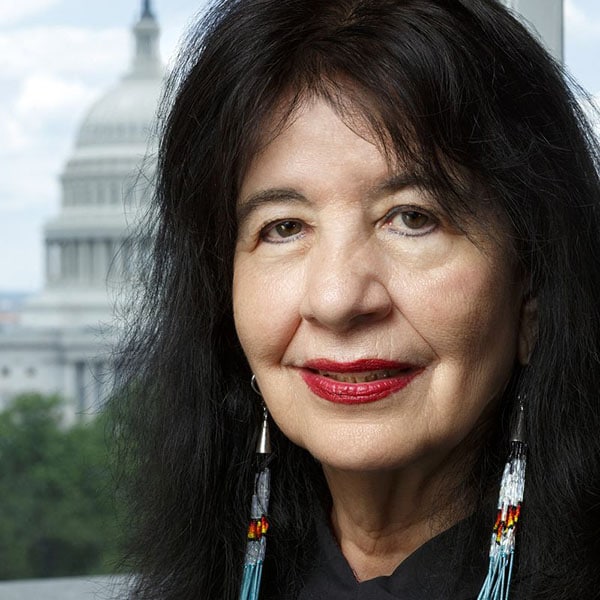 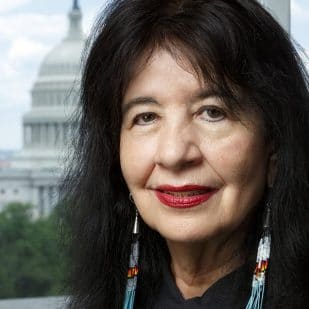 MoCNA and Collected Works Bookstore are co-presenting a reading and performance by Joy Harjo (Muscogee Creek Nation), the first Native American to be appointed United States Poet Laureate. Harjo will perform and read from her new publication, An American Sunrise, as well as from a selection of her other works, Conflict Resolution, Crazy Brave, and more. Harjo’s publications will be on sale at the event.

Joy Harjo (Mvskoke Nation) was born Joy Foster on May 9, 1951, Tulsa, Oklahoma, is a poet, musician, and author—she is also the first Native American United States Poet Laureate. Harjo took her paternal grandmother’s surname when she enrolled in the Muscogee (Creek) Nation. She is an important figure in the second wave of the literary Native American Renaissance of the late twentieth century. She studied at the Institute of American Indian Arts, completed her undergraduate degree at University of New Mexico in 1976, and earned an MFA at the University of Iowa in its Creative Writing Program.

In addition to writing books and other publications, Harjo has taught in numerous United States universities, performed at poetry readings and music events, and released five albums of her original music. Her books include Conflict Resolution for Holy Beings (2015), Crazy Brave (2012), and How We Became Human: New and Selected Poems 1975–2002 (2004). She was a recipient of the Ruth Lilly Poetry Prize. In 2019, she was elected a Chancellor of the Academy of American Poets.