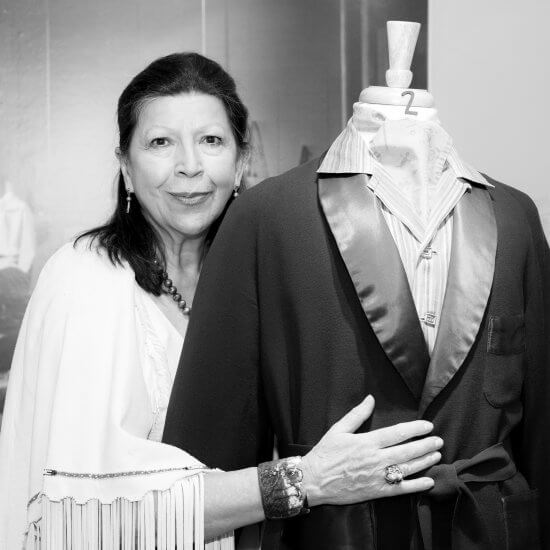 Aysen New with a few of Lloyd Kiva New’s creations

The IAIA Museum of Contemporary Native Arts (MoCNA) Collection Department is thrilled to announce the acquisition of over 250 works of art, sketchbooks, textiles, and garments created by noted artist and educator Lloyd Kiva New (Cherokee). New’s widow, Aysen New of Santa Fe, New Mexico, generously donated the collection to IAIA on September 6, 2017. This is the second donation by Mrs. Aysen New (in 2010 she donated New’s papers to IAIA).

Lloyd Henri Kiva New, known professionally as Lloyd Kiva New, was an important figure in Native American art, design, and pedagogy. New understood at an early age that he wanted to be an artist. He became a successful commercial artist who put Scottsdale, Arizona on the map with his arts and crafts center from 1946–1960s. In 1961, New was hired by the Bureau of Indian Affairs as IAIA’s first Art Director and held the position of President of the Institute from 1968 until his retirement in 1978. New inspired thousands of artists and students during his career.

Until recently, Lloyd Kiva New’s paintings, drawings, and sketchbooks remained in his personal archives at his Santa Fe home. These artworks are a reflection of an artist who enjoyed painting for himself, without thought of an audience. Aysen, who has been a longtime champion of his legacy, provided access to hundreds of his paintings, sketches, and drawings for the 2016 IAIA Museum of Contemporary Native Arts exhibition Lloyd Kiva New: Art, Design, and Influence. This exhibition brought a new awareness to New’s creative legacy that many had never experienced before. 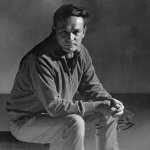 Included in the donation are paintings and sketchbooks from his time served in the U.S. Navy during World War II. New sketched and painted what he witnessed, including the Battle of Iwo Jima. His watercolors are the only known color documentation of that decisive moment in our nation’s history. Some of these works are currently on view in the Lloyd Kiva New Welcome Center on the IAIA campus.

In addition to the art, the donation includes garments, handbags, and textiles. The garments were worn by Aysen and New himself, and they bear witness to his fashionable style and design excellence as all of the pieces were made from his own silk-screened material. Some of the shirts are adorned with handmade silver buttons created by Charles Loloma (Hopi) that are in pristine condition. 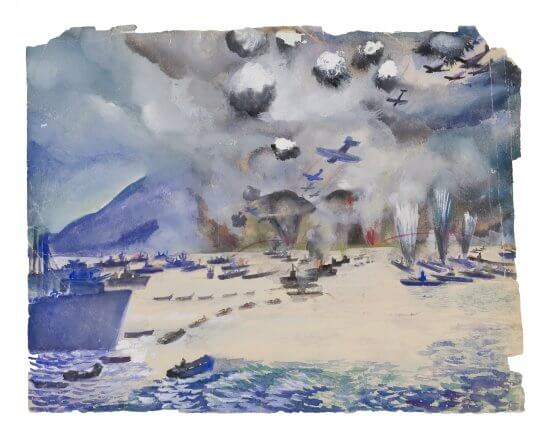 The textiles and remnants created in Scottsdale and Santa Fe will provide invaluable research material for researchers for years to come. Many of the pieces demonstrate New’s various screening techniques such as skying or pouring and his aesthetic of “color clash” (a combination of off-tone colors underneath the designs). New’s printed textiles established the artistic and design aesthetic later incorporated into student textiles at the Institute of American Indian Arts.

“Prior to this donation, the museum collection contained very little of Lloyd Kiva New’s art and fashion,” says IAIA Museum Collections Curator Tatiana Lomahaftewa-Singer (Hopi/Choctaw). “We are honored that Aysen New gifted us a collection that has special meaning to IAIA given New’s dedicated career in Native arts and culture. Today, IAIA students are starting to understand and learn about Lloyd Kiva New and are excited to see works that many people have never seen! A donation like this is a rare gift and we are very thankful to be the stewards of such an important collection of work.”

For more information please contact Curator of Collections Tatiana Lomahaftewa-Singer at (505) 428-5899 or tlomahaftewa-singer@iaia.edu.