After an extensive international search, Dr. Manuela Well-Off-Man has been named Chief Curator at the IAIA Museum of Contemporary Native Arts (MoCNA).  Dr. Well-Off-Man brings more than fifteen years of curatorial experience to her position as Chief Curator at MoCNA. Most recently an Associate Curator at Crystal Bridges Museum of American Art, she also served as Curator of Art at the Montana Museum of Art and Culture (MMAC) at the University of Montana in Missoula, Montana. Prior to MMAC she worked as an Independent Curator at the H. Earl Clack Museum in Havre, Montana, and the Westphalian State Museum in Münster, Germany.  She is currently working on curating her first show in MoCNA’s Main Gallery, scheduled for January 2017. 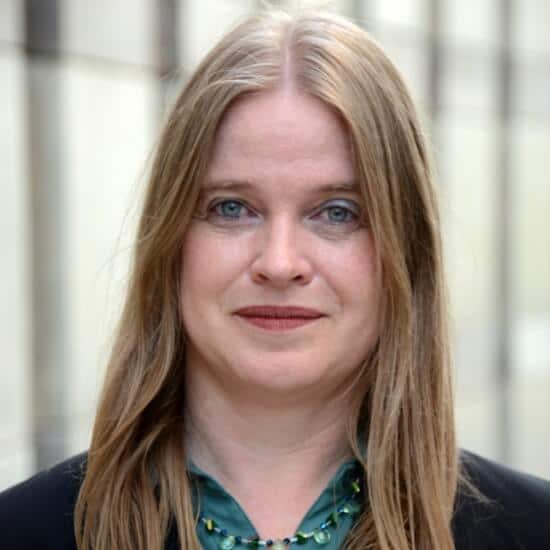 She possesses a comprehensive knowledge of Contemporary Native American art, organizing more than forty-five exhibitions. During her tenure as curator at Crystal Bridges Museum of American Art and at the Montana Museum of Art & Culture she developed and implemented Native and non-Native art exhibitions for local, regional, national, and international audiences.

While at Crystal Bridges Museum of Art she was responsible for their twentieth-century American art collection.  She explored new relationships between artworks; including groupings that tell the unfolding story of America from diverse perspectives. Her professionalism and experience with formulating art loans of works by internationally known artists were major assets that enhanced Crystal Bridges Museum of Art’s visibility and reputation through her exhibitions such as John James Audubon: The Artist as Naturalist (2014), Edward Hopper: Journey to Blackwell’s Island (2014), and This Land: Picturing a Changing America in the 1930s and 1940s (2013), and hosting exhibitions such as Van Gogh to Rothko (Albright-Knox Art Gallery, 2015), and The Paley Collection: A Taste for Modernism (Museum of Modern Art, 2014).

She also curated eight major on-site exhibitions annually, which included shows from MMAC’s permanent collection—both national traveling exhibitions organized at the Montana Museum of Art and Culture—as well as Indian Reality Today: Contemporary Indian Art of North America (1999-2000), a traveling exhibition that was viewed by more than 350,000 visitors in her native Germany. 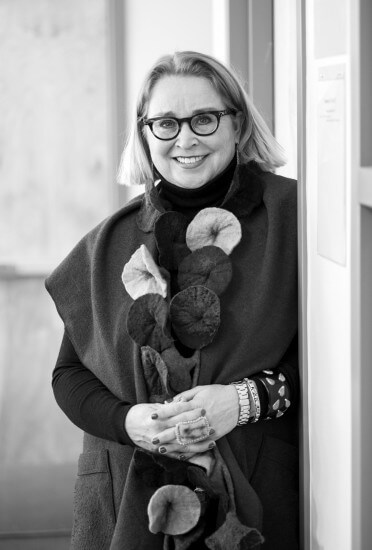 IAIA Museum of Contemporary Native Arts Director Patsy Phillips (Cherokee) had to say this about Dr. Man-Well-Off’s selection:  “It was unanimous among the IAIA community who participated in the interview process that Dr. Well-Off-Man was the best candidate to move MoCNA forward in advancing contemporary Native arts. As a scholar, educator, curator, and collaborator, she will continue the national and international presence we have established for IAIA and contemporary Native arts. In collaboration with IAIA Scholar Dr. Lara Evans (Cherokee) and others, Dr. Well-Off-Man will launch a curatorial program to train the next generation of Native curators. With so much work to do, we are looking forward to Dr. Well-Off-Man joining our team!”

During an internship at the Art Museum of Missoula, Montana, she conducted a meeting of Indian artists on the Rocky Boy Reservation where she met her future husband, internationally-acclaimed artist and IAIA Alumni John Well-Off-Man (Chippewa-Cree, AFA ‘91).  They are the parents of two teenage daughters.