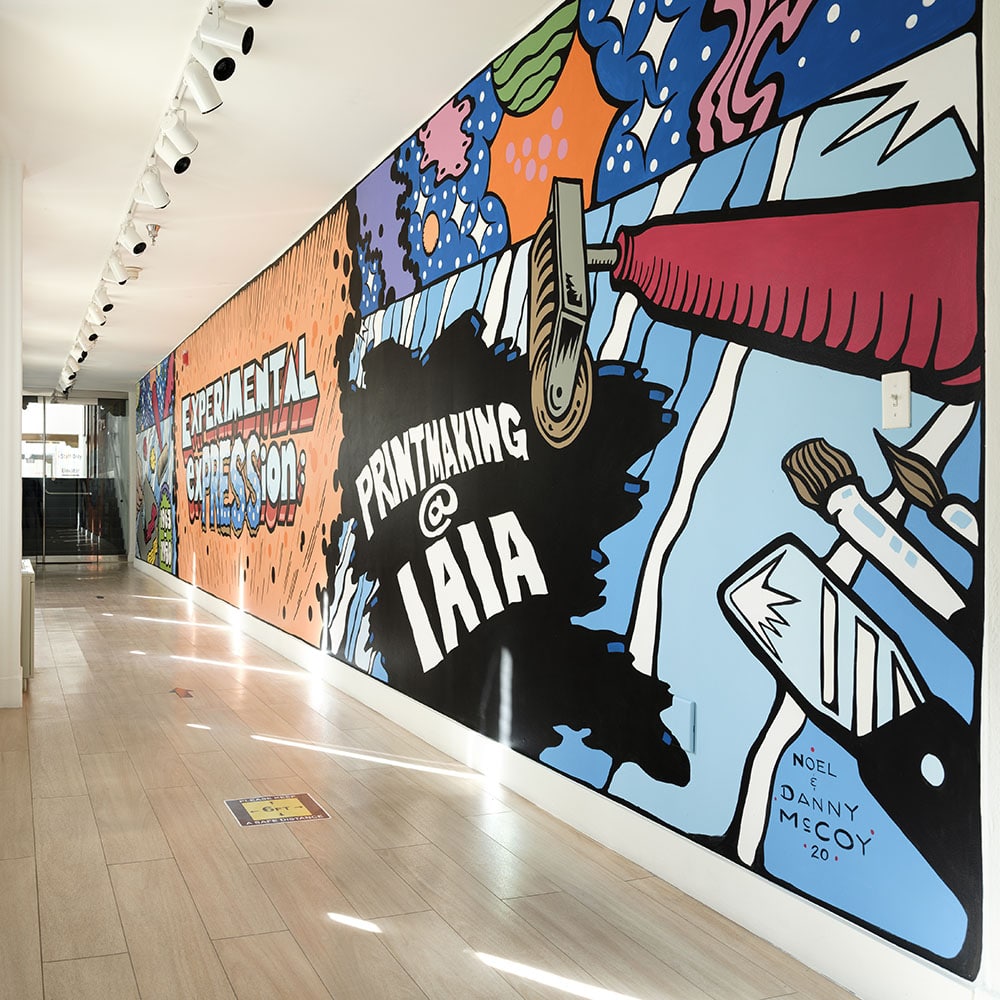 McCoy who also created printmaking illustrations for the exhibition design and didactics. “The mural is influenced by powwow regalia colors, films, and comics from the late sixties and seventies. I tried to imagine what the IAIA students would have liked during this time (1963–1980). My son Noel and I first drew black and white illustrations in ink then roughly based the mural on these illustrations.” 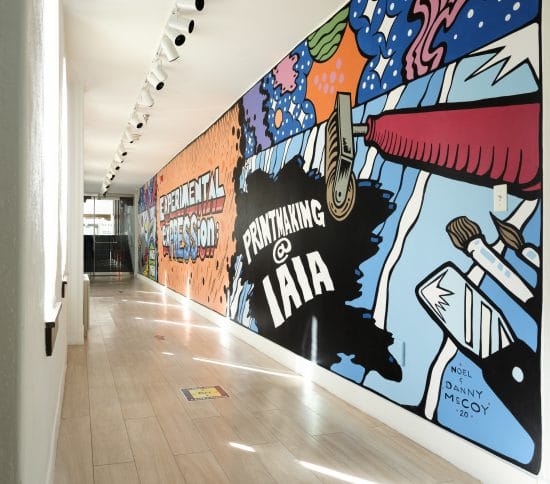 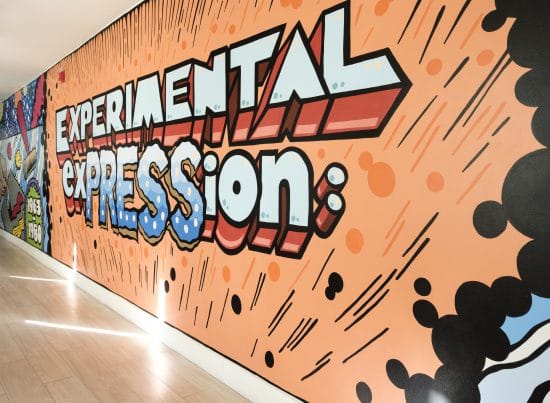 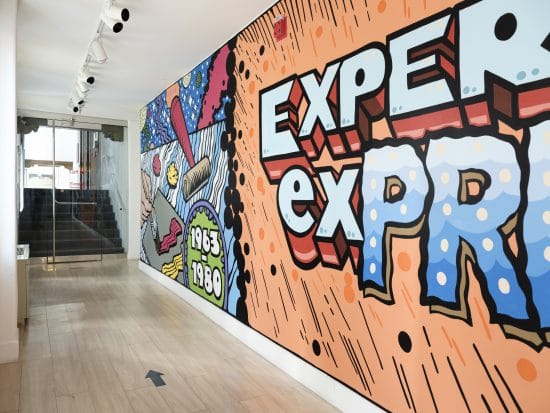 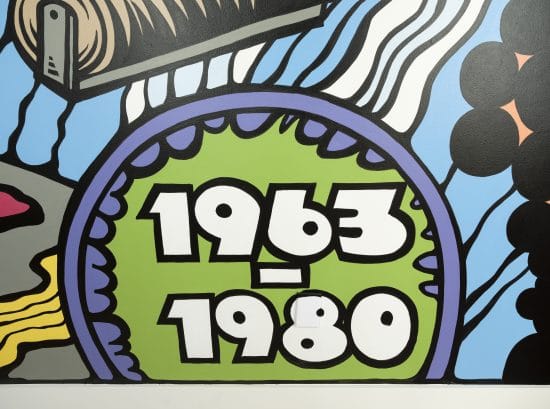 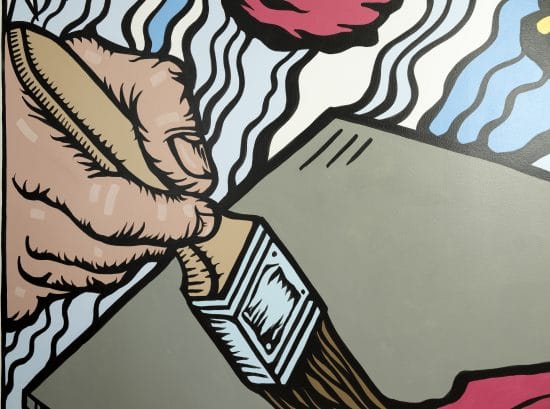 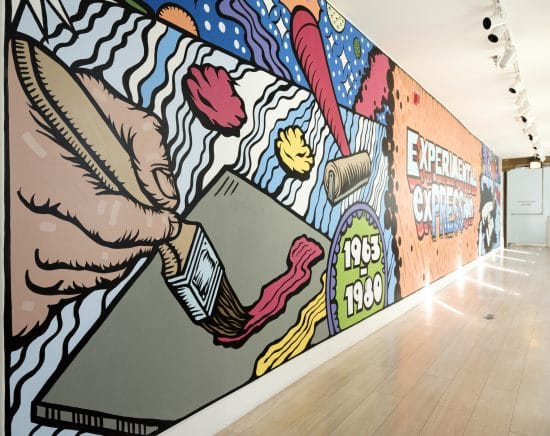 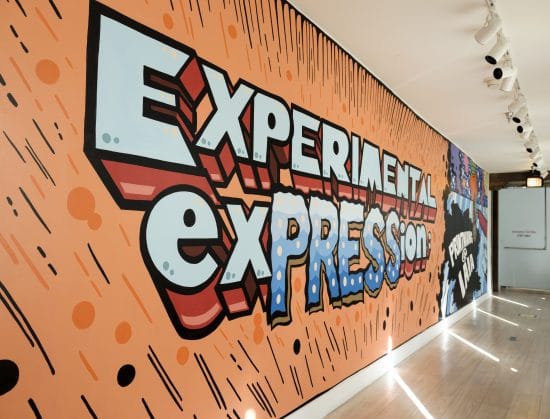 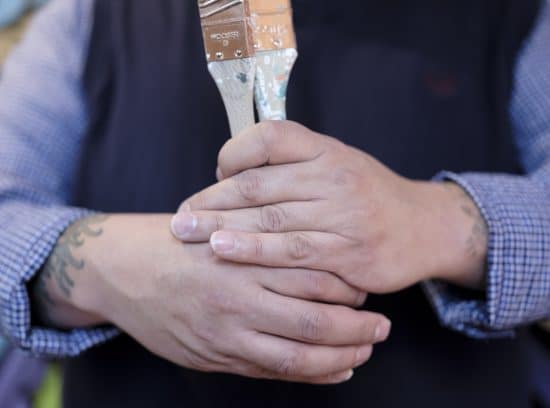 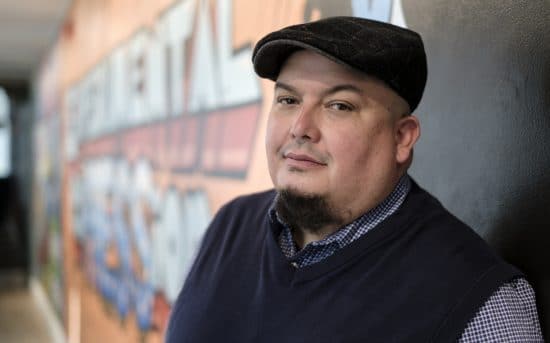