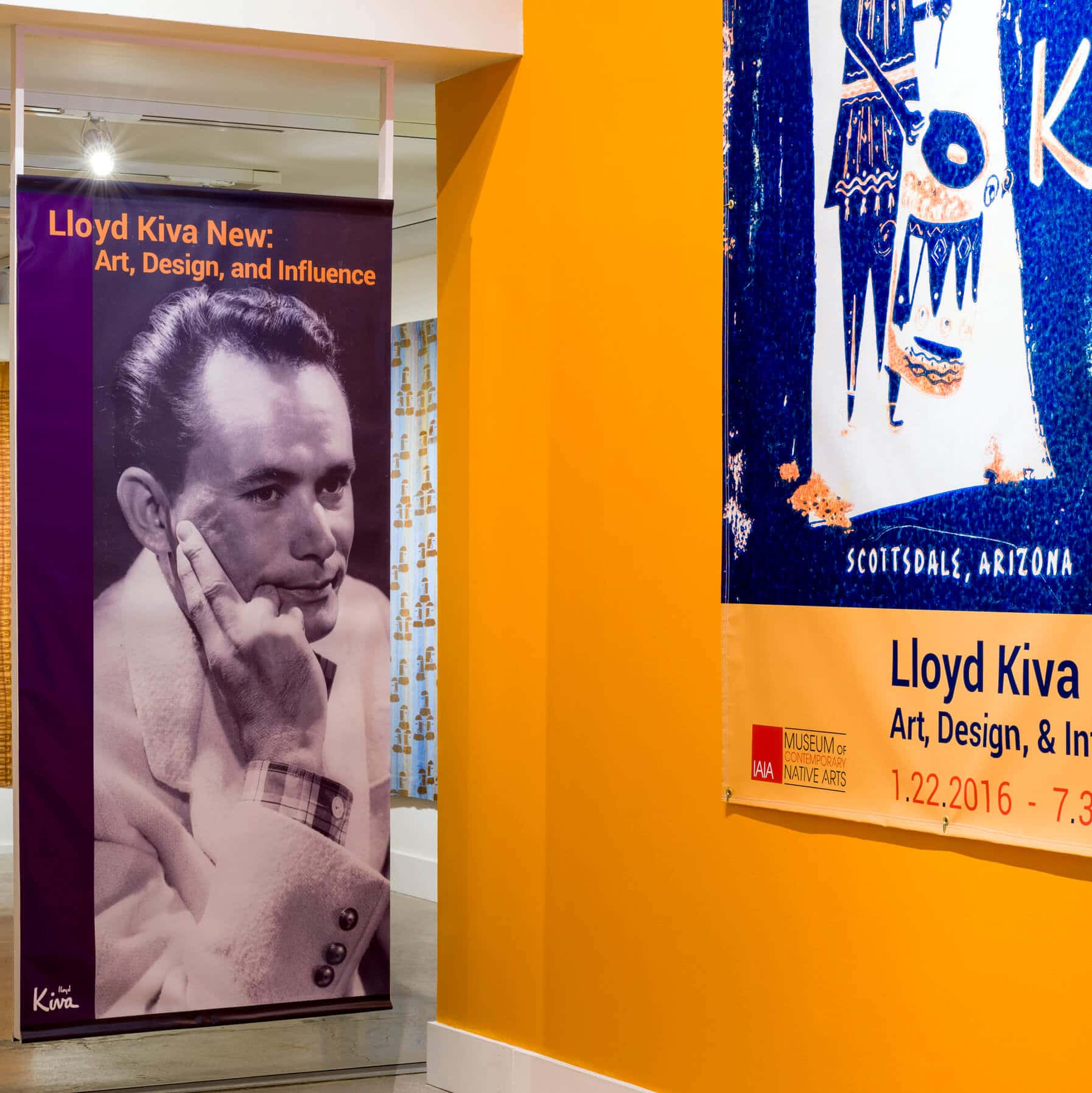 Lloyd Henri “Kiva” New (Cherokee) was born in 1916 and is best known for fashion design and developing innovative concepts in culturally-based education for Native people. Earning a degree in art education from the Art Institute of Chicago in 1938, New taught painting at the Phoenix Indian School until enlisting in the Navy in 1941, where he served on the USS Sanborn on the Pacific Front. Upon returning to Phoenix after World War II, New became a charter member of the Arizona Craftsmen cooperative, a group of artists who helped develop Scottsdale, Arizona into a western center of handcrafted arts. New took the trade name Kiva in 1946, and the Lloyd Kiva Studio built an affluent clientele and earned national acclaim for handbags, clothing, and printed textiles throughout the 1950s. In 1961, New changed his career path, accepting a position as Art Director at the newly formed Institute of American Indian Arts (IAIA). New was appointed director of IAIA in 1967 and served in that capacity until his retirement in 1978. Although officially retired, New continued to be active in the Native arts community, serving on the Indian Arts and Crafts board, several boards of national museums, and engaging in writing and speaking engagements world-wide until his death in 2002.