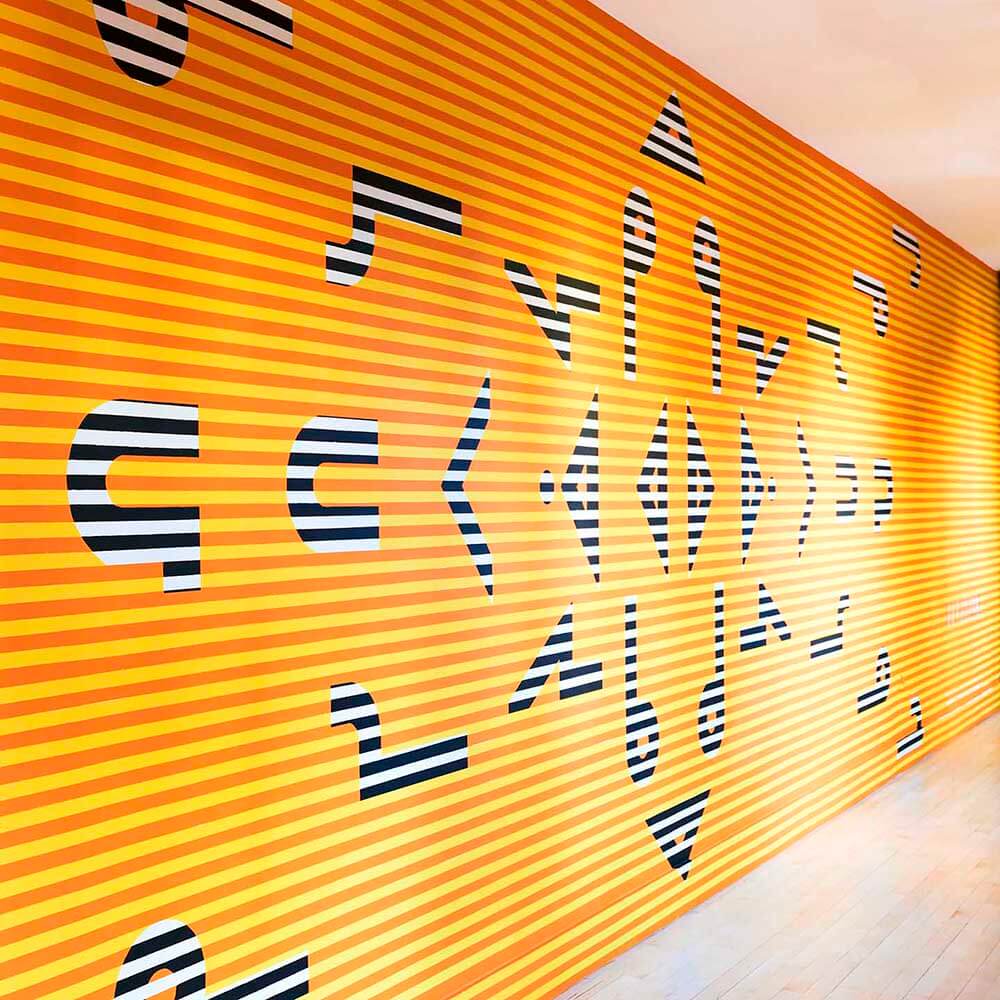 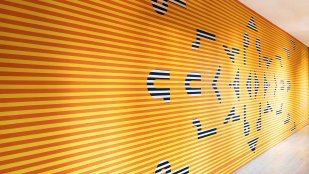 Through the use of Ojibway, Cree, and Inuit syllabics, Souliere utilizes aspects of this writing system to engage in ideas about space, color, form, symbolism, surface movement, and language. Her new mural project is an exploration into the parallels and the multifaceted ways in which simple geometric building blocks such as chevrons, circles, and rectangles have a profound affinity with Indigenous language, culture, and abstraction in Western art.

Souliere was born in Toronto, Ontario and is a member of Michipicoten First Nation and is an Australian citizen. Souliere obtained a Bachelor of Visual Art (Hons) in 2004, a Masters of Visual Arts in 2006, and a practice-based PhD from Sydney College of the Arts, University of Sydney. She has participated in national and international group shows such as Point of Origin, curated by Gary Pearson at Artspace, Sydney, in 2008; Scotiabank Nuit Blanche, curated by Gerald McMaster, in Toronto, Canada in 2010; and Beat Nation, curated by Kathleen Ritter and Tania Willard, which traveled in Canada from 2012–2014. In 2015, she was awarded a public art commission titled Bringing Back Wabakinine by The City of Toronto and had a solo show at SNO (curated by Ruark Lewis), Sydney, Australia. Since 2013 Souliere has worked with various Indigenous art communities on her social art project The Collage of Indigenization.