IAIA Museum of Contemporary Native Arts (MoCNA) announces its 2017–2018 first round of Social Engagement Arts Residents,and currently, it is funded by the Andy Warhol Foundation for the Visual Arts. Previously, this program was funded by the Smithsonian’s National Museum of the American Indian (NMAI). Both partnerships have offered flexibility to mold a program based on Native artist leadership and support MoCNA’s goals of activating contemporary Native artist capacity, community building, and the Native American Fine Art Movement.

“We are delighted that MoCNA’s Social Engagement Art residency has been awarded funding from The Andy Warhol Foundation for the Visual Arts. This grant recognizes the impact and significance of this program and allows us to continue to extend our reach to Native artists and to the field of contemporary art.” 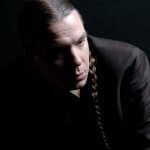 Tate is a three-time commissioned recipient of the American Composers Forum and received a 2011 Emmy Award for his work on the Oklahoma Educational Television Authority documentary, The Science of Composing. In 2008, he was appointed Creativity Ambassador for Oklahoma. Tate’s recent commissions include his Muscogee Hymn Suite for Tulsa Symphony Orchestra, his Ponca Indian Cantata for Hildegard Center for the Arts, and his Chickasaw Oratorio, Misha’ Sipokni’ (The Old Ground), for Canterbury Voices and Oklahoma City Philharmonic. Tate has held Composer-in-Residence roles for New Music USA Music Alive, Oklahoma City’s NewView Summer Academy, Oklahoma Medical Research Foundation, Joyce Foundation/American Composers Forum, and Grand Canyon Music Festival Native American Composer Apprentice Project. Tate was the founding composition instructor for the Chickasaw Summer Arts Academy and taught composition to American Indian high school students in Minneapolis, MN and Native students in Toronto, Ontario. Tate has a Bachelor’s Degree in Piano Performance from Northwestern University and Master’s Degree in Piano Performance and Composition from The Cleveland Institute of Music, receiving the 2006 Alumni Achievement Award. 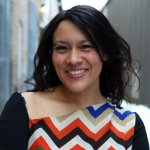 Rhiana Yazzie is a Navajo playwright based in Minnesota. She is a 2016–2017 Playwrights’ Center McKnight Fellow, a two-time Playwrights’ Center Jerome Fellow, Playwrights’ Center Core Member, William Inge Center playwright in residence, Resident at the biennial Bonderman National Theatre for Youth Symposium, and the Kennedy Center’s New Visions/New Voices. She created New Native Theatre in 2009, a company based in Minnesota. Productions include Native Man the Musical, and 2012: The Musical! Her play, Chile Pod, commissioned by La Jolla Playhouse, toured to 18,000 youth in Southern California schools and communities. She is the three-time winner of the Native Radio Theatre annual new play contest. Her radio play The Best Place to Grow Pumpkins received an Honorable Mention at the ImagiNative Film Festival in Toronto. Other plays include Asdzani Shash: The Woman Who Turned into a Bear, The Long Flight (translated into Spanish and presented at the 30th World Congress of the International Theatre Institute, UNESCO in Tampico, Tamaulipas, Mexico), This Land Had Seen War Before was published in a 2008 anthology, and Birthed from Scorched Hearts: Women respond to War. 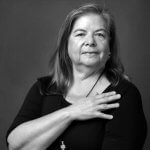 Born in Oklahoma, Native American artist Anita Fields creates works of clay and textile that reflect the worldview of her Osage culture. Her work represents the disruption of balance found within the earth and our lives, and more broadly, early Osage notions of duality, such as earth and sky, male and female. Fields’ sculptures were exhibited in Changing Hands: Art Without Reservation in New York City. Her work was featured in the 8th Native American Fine Art Invitational at the Heard Museum in Phoenix, Arizona. Her work was also included in Who Stole the Teepee?, National Museum of the American Indian, Smithsonian, New York, and the Legacy of the Generations: Pottery by American Indian Women, National Museum of Women in the Arts, Washington, D.C.

Fields has been awarded numerous residencies, including the Eitelljorg Museum’s RARE program and the Andy Warhol Fine Arts Residency at the Heard Museum. Fields was one of 47 Native American delegates funded by the Kellogg Foundation and the Institute of American Indian Arts (IAIA), to travel to South Africa for The Answers Lie Within. Fields is a 2017 fellow for the Kaiser Tulsa Artist Fellowship. Her work has been published in Southwest Art magazine, American Craft, Ms. Magazine, American Style, and Native Peoples. Field’s work can be found in several collections, such as the Museum of Art and Design in New York City, the Institute of American Indian Arts Museum, Santa Fe, New Mexico, Crystal Bridges Museum, Bentonville, Arkansas, and the Heard Museum, Phoenix, Arizona. 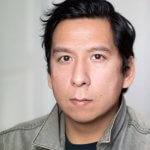 Filmmaker Hopinka (Ho-Chunk Nation of Wisconsin/Pechanga Band of Luiseño Indians) was born and raised in Ferndale, Washington and spent a number of years in Palm Springs and Riverside, California, and Portland, Oregon, and is currently based out of Milwaukee, Wisconsin. In Portland, he studied and taught chinuk wawa, a language Indigenous to the Lower Columbia River Basin. His work centers around personal positions of homeland and landscape, designs of language and facets of culture contained within. His films also explore the play between the accessibility of the known and the unknowable. He received his BA from Portland State University in Liberal Arts and his MFA in Film, Video, Animation, and New Genres from the University of Wisconsin-Milwaukee.