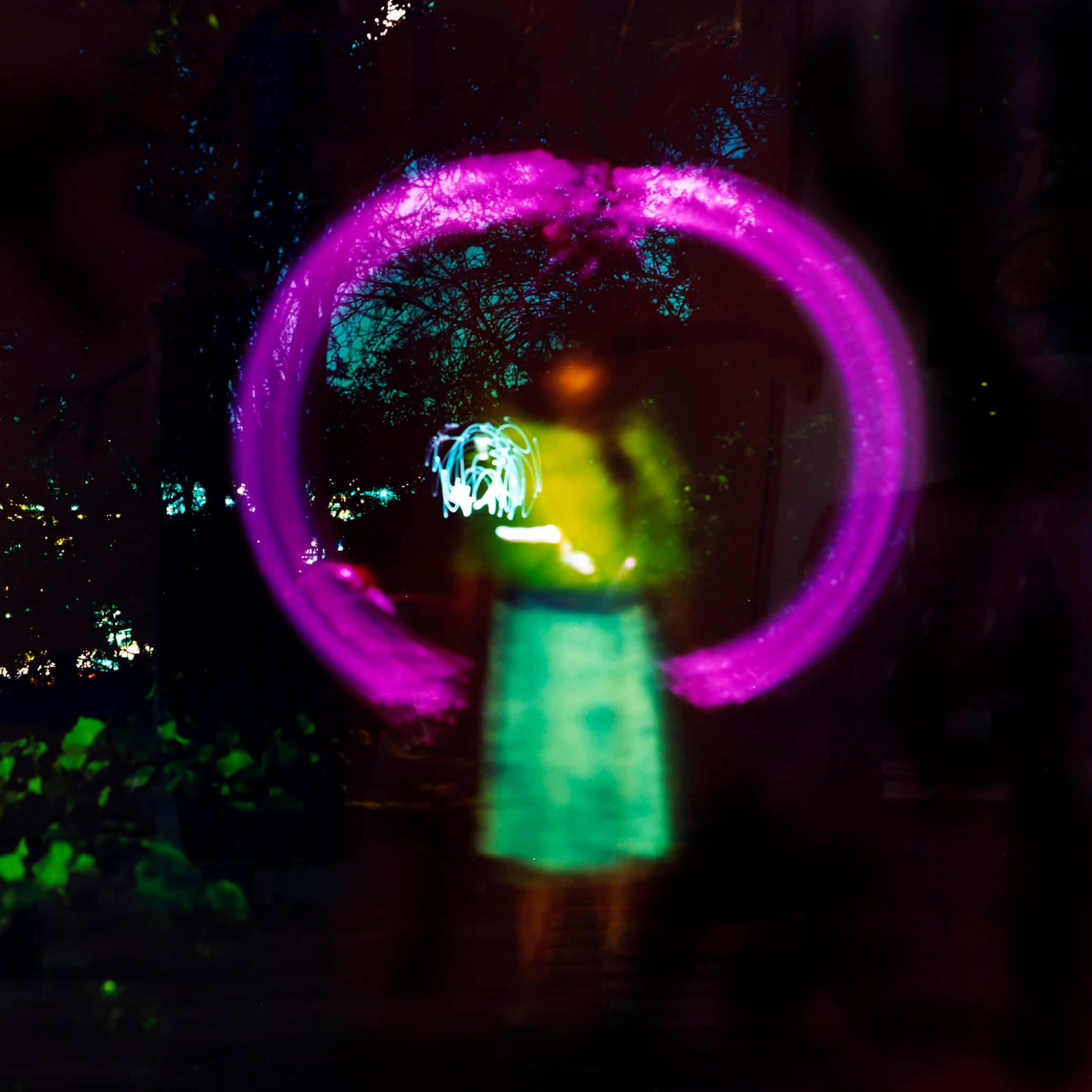 LaFountain’s work plays in the intersections of photography, film, and sound. In several of her works she creates her own ceremonies in order to understand traditions. She asks: “How do I, a contemporary mixed blood woman, hold onto heritage, learn my tribal language and connect with the ways my ancestors lived? I don’t have buffalo hides to make a tipi, but, as a filmmaker, I do have film. My fire is the flicker of a projector shining through the layers of an imposing culture, and through that gossamer I find glimmers of the ghosts I carry with me.” The series of photographs and short films explores how film captures movement, light, and spirits. To create the images, LaFountain performs dances with lights attached to her body for 4×5 and 16mm cameras. Captured in long exposures, these performances create ghostly

images. Other images are taken from stills of 16mm films as well as multiple exposures of landscapes in which the movements of celestial bodies are traced on the film. What connects each work is their exploration of ceremony, dance, tradition, landscape, spirits, and light.

Eve-Lauryn Little Shell LaFountain is a Los Angeles-based Jewish and Turtle Mountain Chippewa multimedia artist from Santa Fe, New Mexico. LaFountain worked as the general operations manager of the Echo Park Film Center from 2009 to 2011, where she continues to teach film classes and curate screenings. Her films have been shown in festivals and venues across the country and abroad, including ImagineNATIVE Film + Media Festival in Toronto and the Smithsonian’s National Museum of the American Indian in New York. LaFountain’s photography has shown extensively and has won numerous awards, such as the Ebner International Trophy and Santa Fe Indian Market Best of Classification. She holds a BA from Hampshire College where she studied experimental film, photography, and Native American Studies. In the spring of 2014 she received a dual MFA from the California Institute of the Arts in Photography/Media and Film/Video. 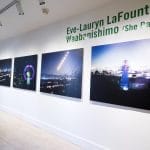 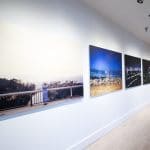