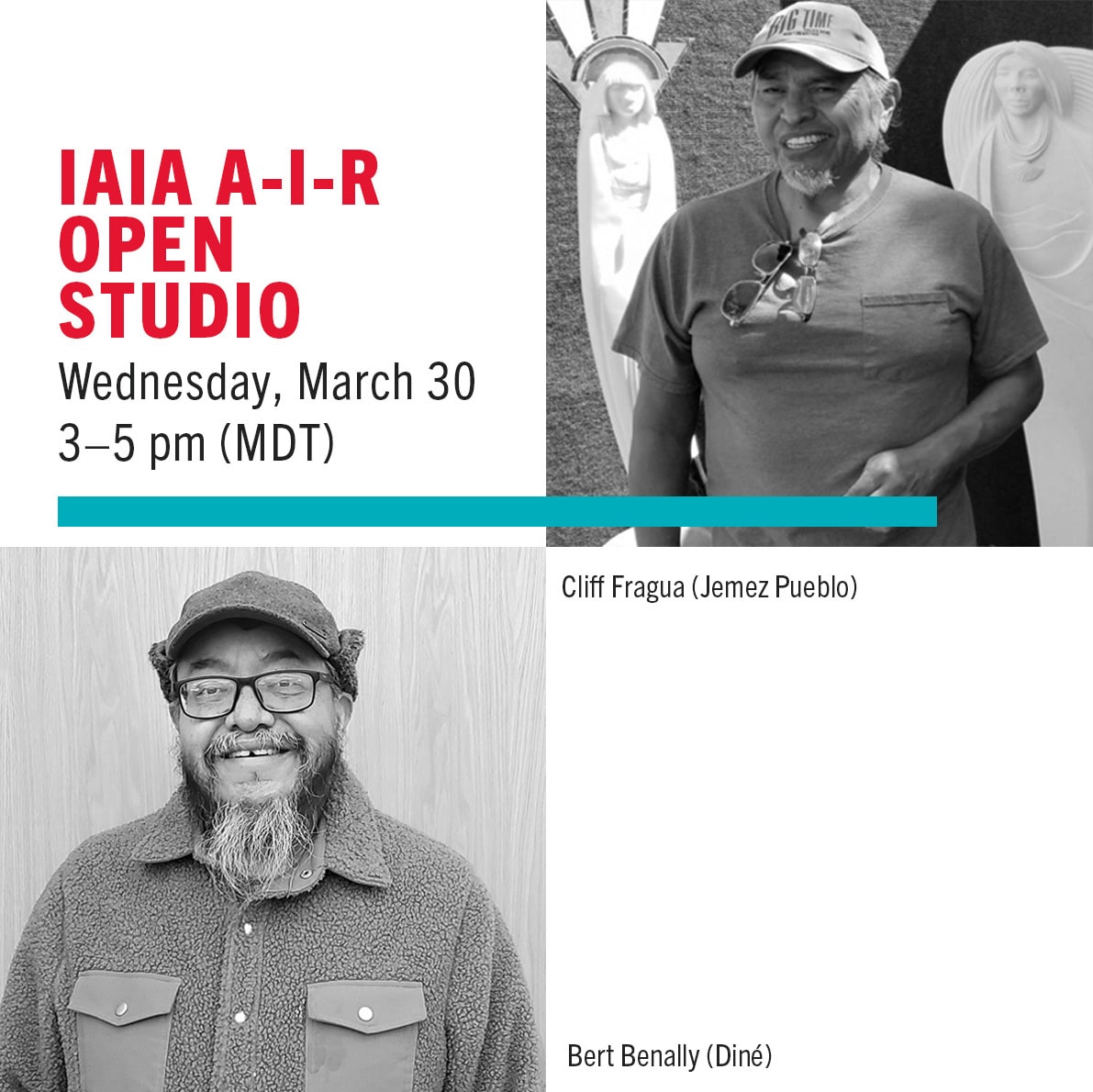 Visit with IAIA Artist-in-Residence (A-i-R) artists Cliff Fragua (Jemez Pueblo) in the Sculpture and Foundry Building and Bert Benally (Diné) at the Balzer Contemporary Edge Gallery from 3–5 pm for a tour of the artists’ studio spaces. Free and open to the public.