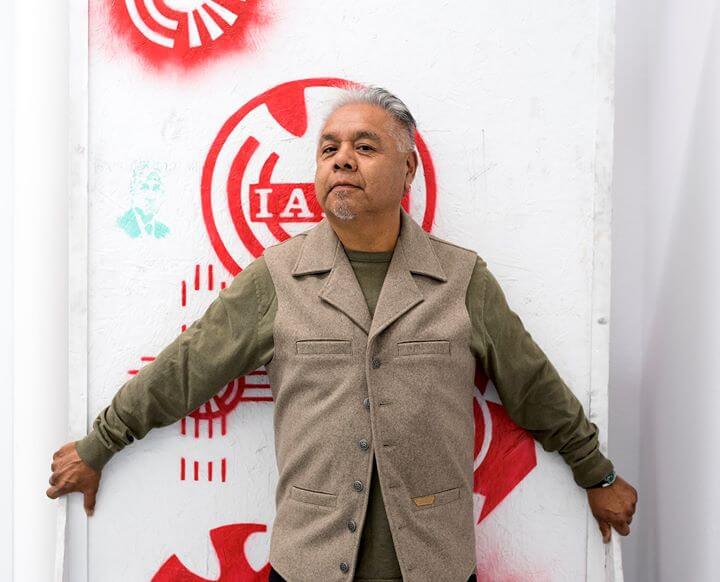 This event is free and open to the public.

James Luna is an internationally-recognized multimedia and performance artist. Of Pooyoukitchum, Ipi, and Mexican-American descent, Luna lives on the La Jolla Indian Reservation located in North County San Diego, CA. He holds a BFA from the University of California, Irvine, an MS in Counseling from San Diego State University, and was awarded an Honorary Doctor of Humanities from the Institute of American Indian Arts in 2012. His installations and performance artworks address social themes from his perspective as a citizen of a Native nation on racially charged global issues.

Photographs of his 1987 work “Artifact Piece,” are reproduced in many art historical texts and helped create a significant shift in museum art practices and Native performance art. Luna has performed and exhibited his artwork at numerous locations, including The Whitney Museum of American Art and Museum of Modern Art in New York, National Museum of the American Indian, Smithsonian Institution, the 2005 Venice Biennale, Getty Center, and many other institutions throughout Canada and the world.