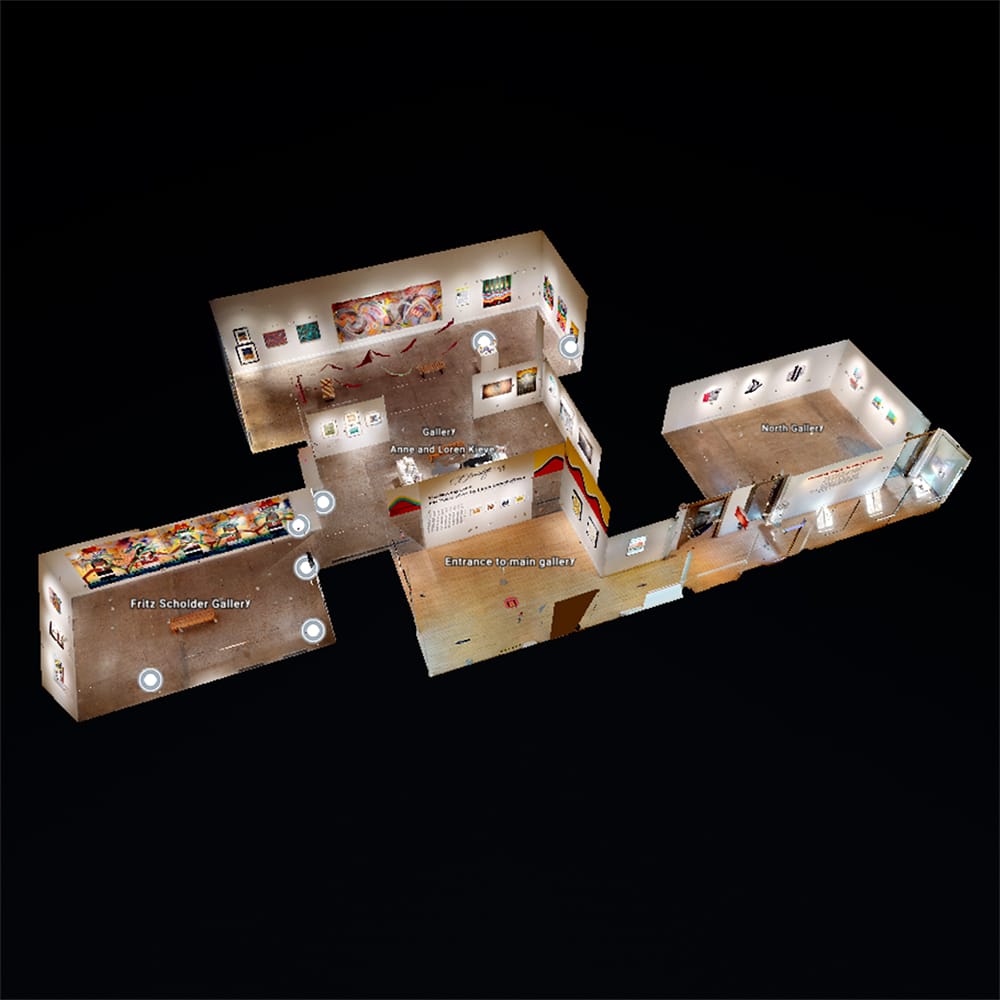 Funded by the Art Bridges Foundation.

The Moving Land: 60+ Years of Art by Linda Lomahaftewa gathers together more than sixty years of Linda Lomahaftewa’s (Hopi/Choctaw) ’65 artistic production, making it possible to see the ways her work has responded to time and place, shifting with new influences. From the deep and mysterious spaces of her early paintings, to the vibrating intensity of her drawings during her years in San Francisco, to the prints and collages of the last two decades, when the artist moves, the land moves with her, and moves us in turn.

Lomahaftewa is a printmaker, painter, and mixed media artist, based in Santa Fe, New Mexico. She has traveled and exhibited internationally and has been listed in Who’s Who in American Arts and twice in Who’s Who in American Indian Arts. In 2001 she won the Robert Rauschenberg Foundation’s Power of Art Award. After earning her high school diploma from the Institute of American Indian Arts (IAIA), Lomahaftewa received her BFA and MFA from the San Francisco Art Institute. Prior to teaching at IAIA for more than forty years, she taught at the University of California, Berkeley, and Sonoma State University.

Altered Landscapes address the environmental impact of the gas and oil industry: drilling stations, refineries, gas plants, fracking platforms, pipelines, and chemical storage are all situated in a drilling site around Chaco Canyon, a national historic park sacred to the ancestral Puebloans. More than 40,000 wells are in operation on federally leased land across the 7,500 square miles large San Juan Basin. While 34,0000 acres of the Black Place and nearby Chaco are protected from drilling and fracking, an overground pipeline runs through the Black Place. An estimated 140,000 New Mexicans live within half a mile of a drilling site. While the risks of methane waste and related pollution have not been extensively studied, they include health conditions such as respiratory ailments. According to the Environmental Defense Fund, these issues are hitting Indigenous communities particularly hard. While other artists deal with these themes head-on, Namingha’s work is in contrast non-confrontational, even quiet, inviting viewers to contemplate the devastating effects of the oil and gas industries on ancestral lands.