Co-founder and longtime President of IAIA, Lloyd Kiva New, once predicted, “Indian art of the future will be in new forms, produced in new media and with new technological methods. The end result will be as Indian as the Indian.” Daveishena Redhouse (Diné) is among the current IAIA students fulfilling this prediction today. She has become the first Indigenous student to learn how to use Vicon’s motion capture technology for animation.

Based in Oxford, UK, with offices in the Denver and Los Angeles metro areas, Vicon Motion Systems, Ltd. is a motion capture technology company that works in the life sciences, entertainment, engineering, and Virtual Reality (VR) markets. Their motion capture software and hardware system was originally designed for use in the medical field to measure, in detail, the ways in which bodies move, particularly when walking. In fact, Vicon’s system is categorized as medical equipment. Likewise, it can be used by 3D animators to capture an actor’s movements and translate that information into a movement sequence for their characters, cutting the time it takes to animate something like a walk cycle from hours to minutes. This technology has been used in Star Wars™ properties such as The Mandalorian and The Book of Boba Fett, numerous video games from Electronic Arts (EA), and virtual reality experiences at the Harry Potter™ New York Store.

Two Vicon engineers visited the IAIA campus to get the motion capture system set up and optimized for the green screen studio in the digital dome theater, and to provide some basic training. The package purchased by IAIA includes computer software and hardware, cameras that capture visible and infrared light, suits covered in reflective markers, and calibration equipment. According to the engineers, it doesn’t take long to learn the basic functionality of the system, but it can take years to master. Redhouse’s training took place over the course of one day, and as promised, she was able to run the software and capture an actor’s movements after just a few hours of instruction. 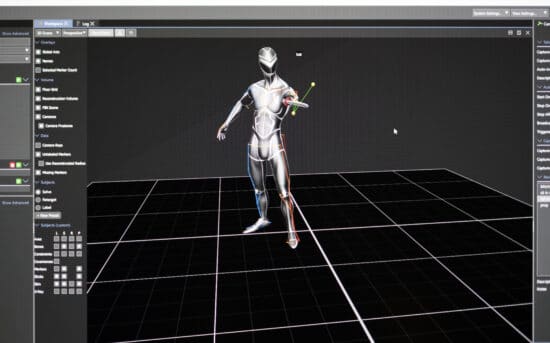 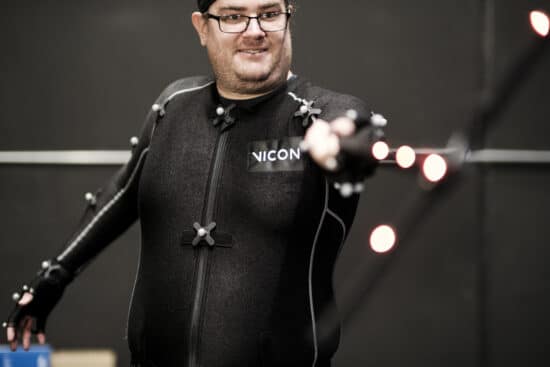 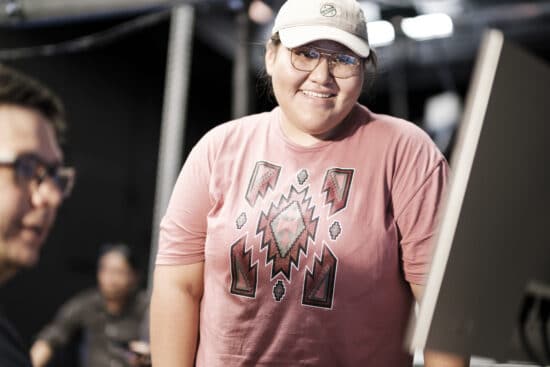 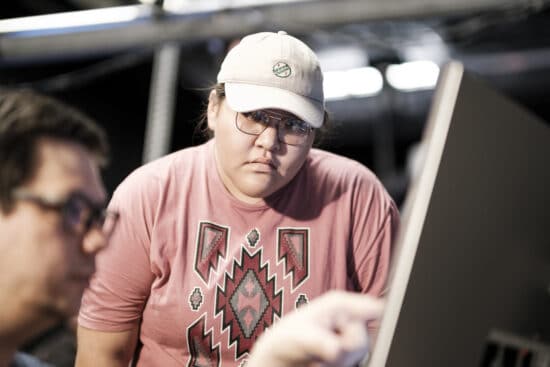 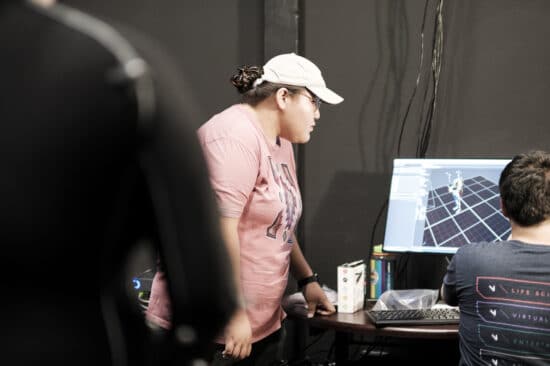 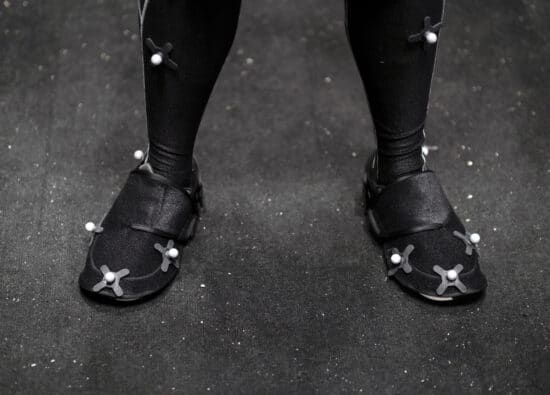 “It feels like I’m about to skyrocket into an area of the unknown for a while,” Redhouse says, noting that she feels both intimidated and excited by the possibilities of learning Vicon’s motion capture system. The next steps in her training will come this summer as she travels to Paris, France, to undertake a two-week course, alongside an international cohort, where she will learn more about motion capture, working with actors, and other professional skills. “My creators and ancestors are really watching out for me,” she says as she embarks upon her new educational journey.

Professor and Digital Dome Manager Anthony Dieter (Peepeekisis Cree Nation) who teaches 3D animation said the addition of motion capture to IAIA’s animation offerings is a game-changer. “What you’re seeing is a major transition for Native storytelling, because now our oral and written traditions, our stories that involve supernatural elements or Native superheroes, representing those stories is possible with this technology.”

Redhouse recognizes that learning motion capture will open a new realm of creative and career possibilities for her, as well as new opportunities for interdepartmental collaborations on the IAIA campus, particularly between performing arts and animation students. She can see the way towards a future where Indigenous stories are told by Indigenous artists “the right way,” with respect and proper representation—and where Indigenous creators get credit for their work. “Our voices will be heard, and we can correct those wrongs and stereotypes that Hollywood has perpetuated.”

While she will be busy in the coming year building her expertise in motion capture and 3D animation, and applying her skills to her senior thesis, she looks forward to sharing her new knowledge with others and giving back to the IAIA community. “I’m hoping that students will come into the dome and that I can inspire those who are passionate about 3D animation. I would like to teach more students around here and encourage them to do whatever kind of project they want to do. Those ideas you had—we can figure out how to make them work together.”