MuseumExhibitions
Home Events Chris Pappan: Account Past Due, Ledger Art and Beyond

Chris Pappan: Account Past Due, Ledger Art and Beyond 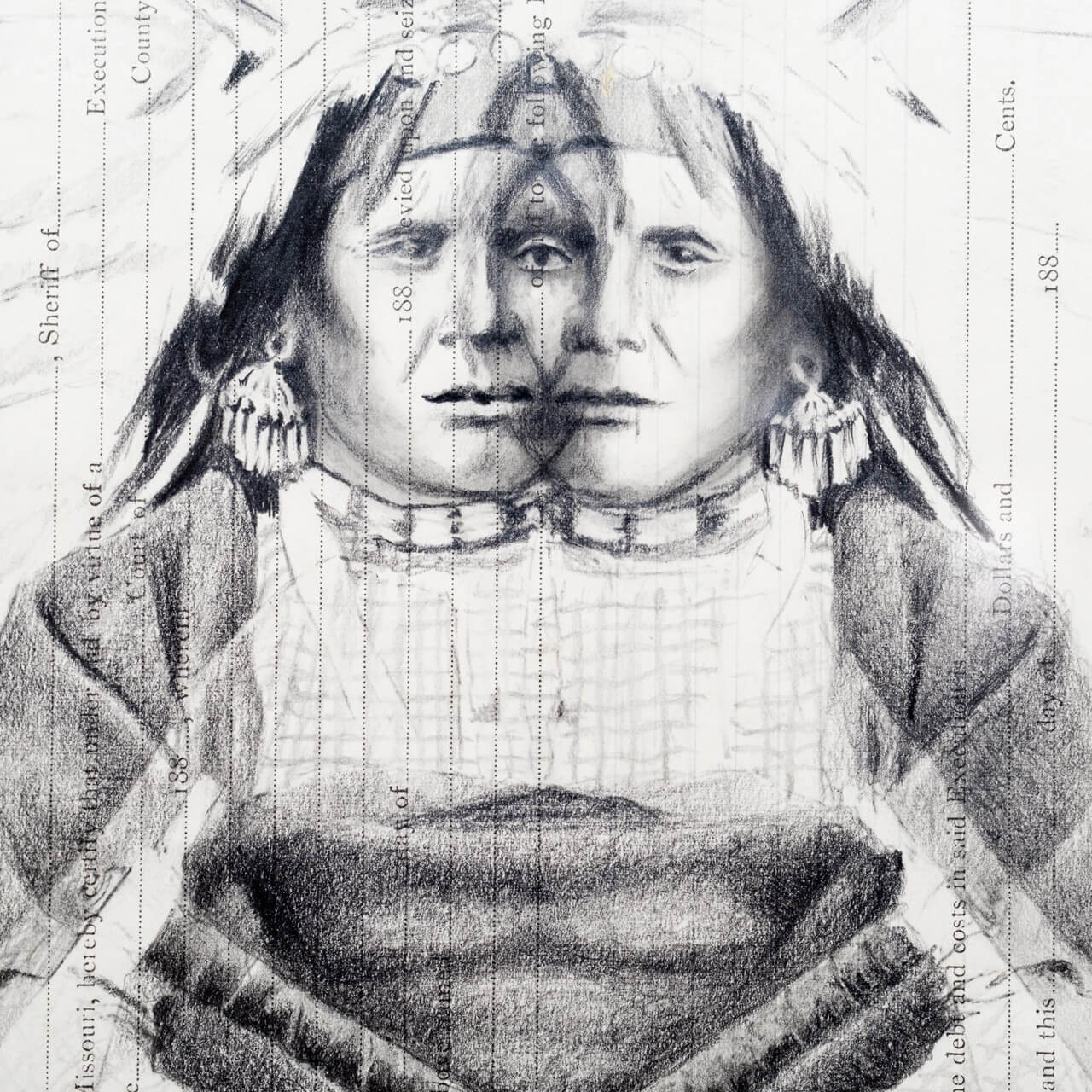 This exhibition, a mix of new and recent works, includes drawings and paintings in Chris Pappan’s signature style of contemporary ledger art. The mid 1800s saw the unprecedented expansion of the American empire, and with it, catastrophic changes for Indigenous people. Beginning in the 1860s, paper was introduced to the plains via ledger books and was quickly adapted for the visual recording of the tumultuous times of the people of the plains.  Pappan continues the tradition by portraying a skewed vision of the past while commenting on the present with his series, 21st Century Ledger Drawing. While he draws and paints realistically, his figures are often deliberately distorted as a metaphor for the ways in which perceptions of Native peoples are distorted in mainstream media and popular culture both now and in the past. With figures and portraits both mythological and based in historic fact, Pappan’s works speak to the problematic idea of an open territory ready for conquest, and juxtaposes this with portraits of the Native people who continue to persevere, thrive, and endure in these territories.

Of Kaw, Osage, Cheyenne River Sioux heritage, Chris Pappan is a self-described Native American Lowbrow artist. His current artwork is based on American Indian ledger drawings of the mid to late 19th Century and gives them a 21st Century twist. Pappan recently returned from Australia as one of three artists chosen for the Landmarks Fellowship project with the renowned Tamarind Institute based in Albuquerque, NM. The fellowship consisted of an arts and cultural exchange with the Youngul people of Northern Australia and creating lithographs at the Tamarind Institute. He received the prestigious Discovery Fellowship from the Southwestern Association of Indian Artists (SWAIA) in 2011 and the Heard Museum’s Best of Class (Paintings, Drawings) and Best of Division (Drawing) at the 52nd annual Santa Fe Indian Market in 2010. Pappan’s work is in the collections of the National Museum of the American Indian, Smithsonian Institution, Washington D.C.; Spencer Museum of Art, Lawrence, Kansas; Mitchell Museum of the American Indian, Evanston, Illinois; The Schingoethe Center for Native American Cultures in Aurora, Illinois; and in private collections internationally. He has lived in Chicago for the past 20 years with his wife Debra Yepa-Pappan and their daughter Ji Hae.