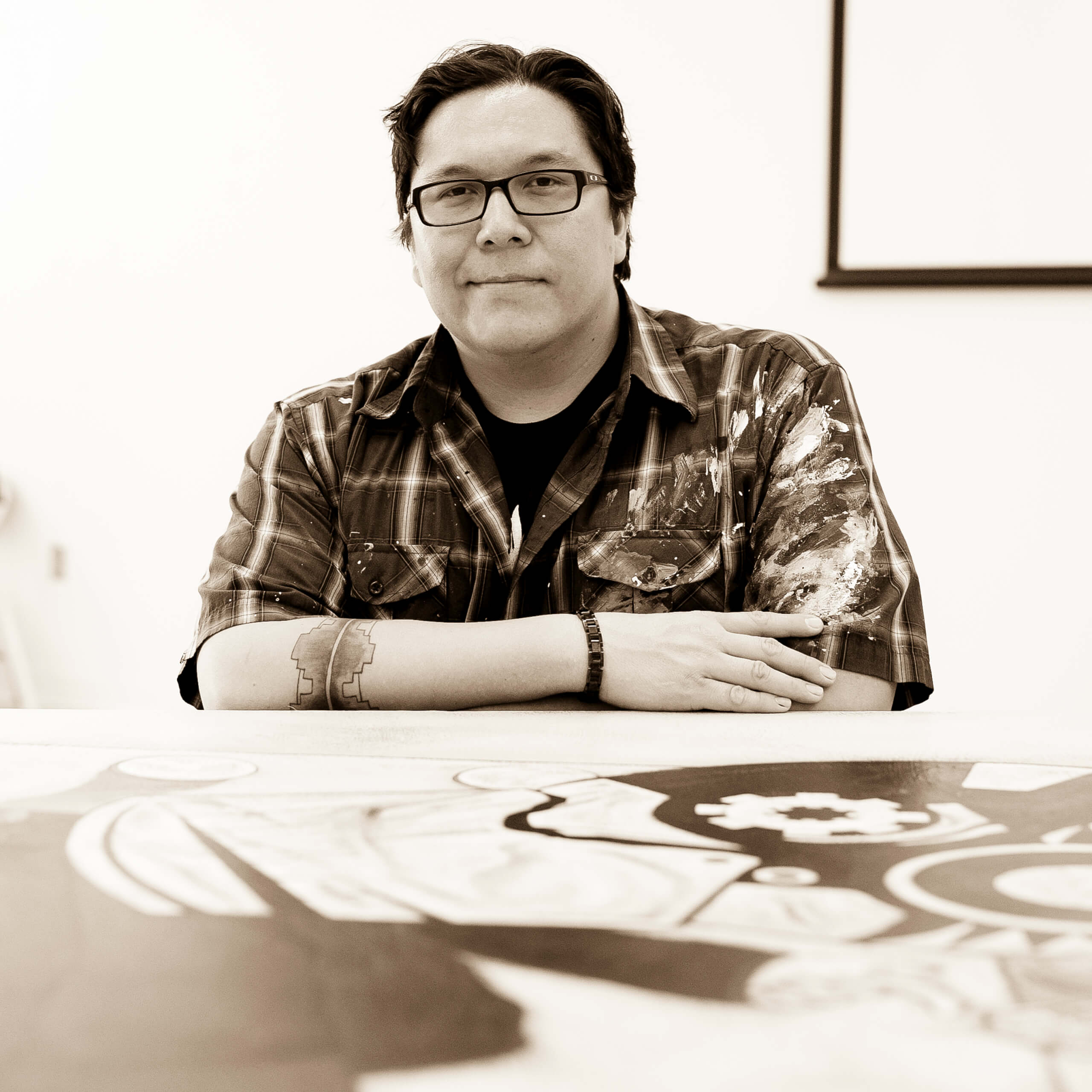 Jonathan Thunder (Red Lake Ojibwe) is a painter and digital media artist currently residing in Duluth, Minnesota. He attended the Institute of American Indian Arts in Santa Fe and received a BFA in Visual Effects and Motion Graphics from the Art Institutes International Minnesota. His work has been featured in many state, regional, and national exhibitions, as well as in local and international publications.

Jonathan’s paintings explore personal themes of identity, life transitions, internal dialogue, and self-transformation. He depicts expressive characters whose emotions and thoughts manifest viscerally in their physical form. The bodies of his subjects often appear fragmented, animalistic, or partially obscured. His art acts as the scrapbook recording an evolving identity. Through his subjects, Jonathan can exaggerate the villains and heroes that make up his self-image. These paintings are self-portraits by nature, but also an act of releasing an image into the world. 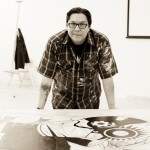 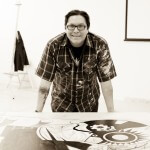 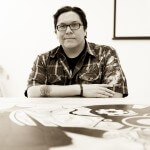