Join IAIA Artist-in-Residence (A-i-R) artists Topaz Jones (Shoshone, Kalapuya, Molalla, Lummi) and Margarita Paz-Pedro (Laguna Pueblo, Mexican American) for free dinner in the Balzer Gallery in the Academic Building on the IAIA campus from 5:00-5:45 pm, followed by tours of the artists’ studio spaces from 5:45-7:00 pm. Free and open to the public. 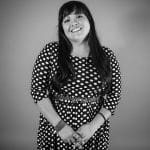