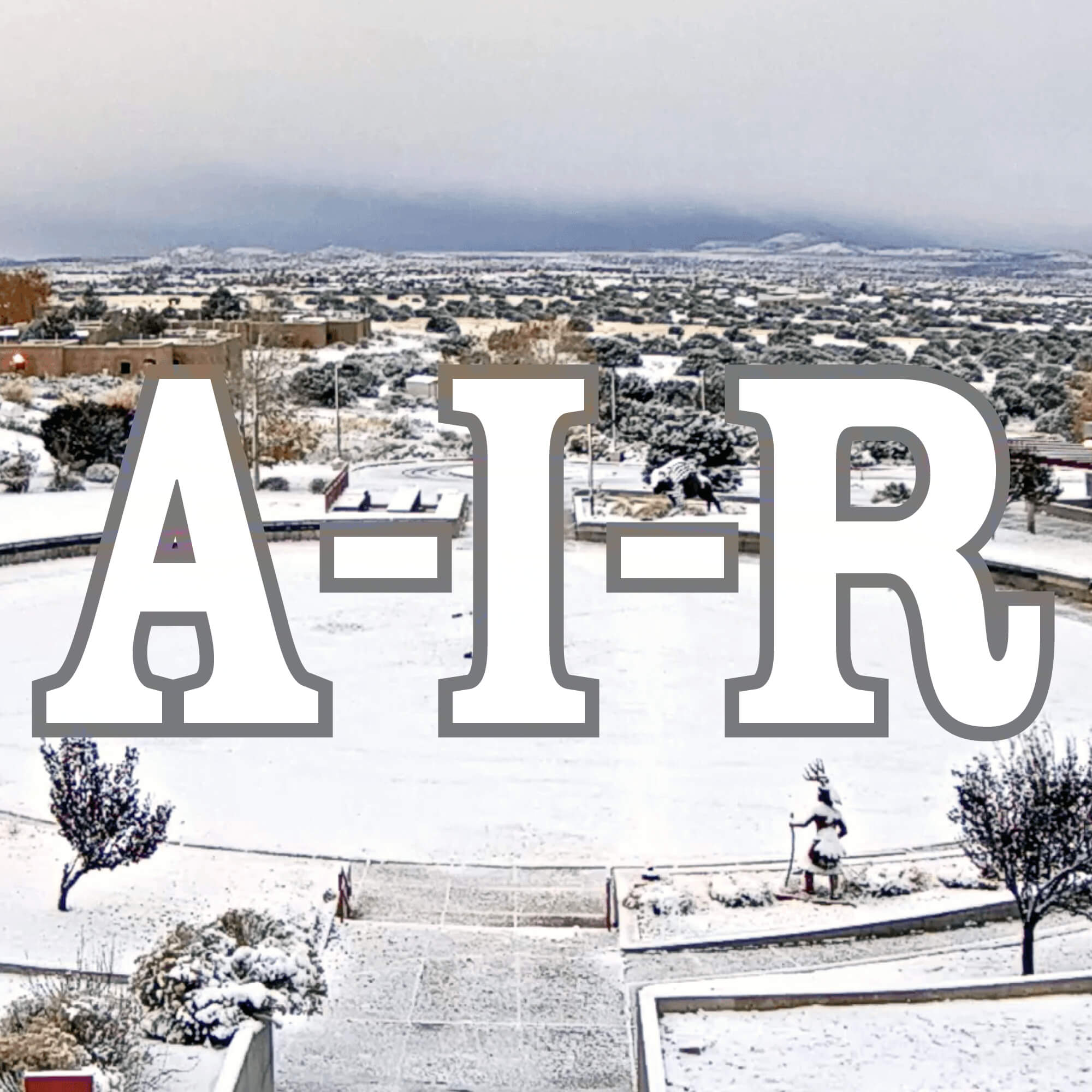 Join IAIA Artist-in-Residence (A-i-R) artists Cara Romero, Monique Sol Sonoquie, Ric Gendron, and Diego Romero for free dinner in the Balzer Gallery in the Academic Building on the IAIA campus from 5:00-5:45 pm, followed by tours of the artists’ studio spaces from 5:45-7:00 pm. Free and open to the public.

Born in Inglewood, California in 1977, Cara Romero (Chemehuevi) was raised on the Chemehuevi Valley Indian reservation along the California shoreline of Havasu Lake in the heart of the Mojave Desert, and later, Houston, Texas, and Santa Fe, New Mexico.  Romero’s work reflects her diverse training in film, digital, fine art, journalism, editorial portraiture, and commercial photography. She is alumni from University of Houston, IAIA, and Oklahoma State University.

Over the past 10 years, her work has been a reaction to current events and issues in Indian Country such as environmental pressures, women’s health and empowerment, and modern Indigenous identity stories. She is known for her use of humor, contemporary lighting and color, and her staged and theatrical compositions.  She has won several awards including Best of Classification 2D at SWAIA two years in a row, multiple Heard Museum ribbons and the “Visions for the Future” award from the Native American Rights Fund. Her work is in over 20 museum collections. Most recently, her work, Coyote Tales was featured in National Geographic December 2018 issue.   She lives and works in Santa Fe, New Mexico and is married to Cochiti potter Diego Romero.

Diego Romero (Cochiti), born 1964 in Berkley, California and currently lives in Cochiti Pueblo, NM, understands duality. His father is a Cochiti Pueblo Indian and his mother is Anglo. He first studied at the Institute of American Indian Arts in Santa Fe, then with Ralph Becerra at the Otis Art Institute in Los Angeles and Adrian Saxe at the University of California. At UCLA he was making Native pots with Anasazi decoration painted in gold. He felt he was taking a brave step by doing traditional designs in gold, something that was unheard of in Native Pottery, but Saxe informed him that unless he did something more adventurous he would be denied his Master’s degree. It was at this point that Romero began to paint his pots with images drawn from ancient Greek vessels and other cultures whose heroes and values matched those of the Native American.

Romero is one of a handful of potters, the so-called “Free Spirit” potters, whose work takes on pueblo reality instead of the sentimentalized revival ware that dominates the Native art market. These communities face unemployment, poverty, rising numbers of single parent families, alienation of their youth, difficulty in sustaining their religion and traditions, AIDS, rampant alcoholism, and the highest incidence of diabetes in America. Diego Romero is married to photographer Cara Romero.

Ric Gendron (Colville Confederated Tribe) was born on the Colville Indian Reservation located in North Central Washington state, on the upper Columbia River. The Colville Tribes are plateau people, rich in history, traditions, and language. He is an enrolled member of the Colville Confederated Tribes, descending through both parents. Gendron studied art at Cornish College of the Arts, the Eastern Washington University, and in 1983 received his art degree from Spokane Falls Community College.
His paintings represent the environment, people, and cultural practices and other contemporary and traditional activities of this region and people. The expressionistic, strikingly colorful images chronicle his experience, memory, history, journeys, and identity. His paintings and prints are also grounded in the work of Francis Bacon, Fritz Scholder, T.C Cannon, Harry Fonseca, and sources as diverse as Jean-Michel Basquiat, Hollywood’s Western films, and 1950s and ‘60s TV cartoons.

Deeply influenced by the Beat poets, and by Kerouac, Ferlinghetti, Hunter S. Thompson and other prominent West Coast writers of the 1960s and ‘70s, his work also encompasses the rhythms and strategies of traditional Native music and American traditional blues, country, folk, and rock and roll music.

He currently resides on the Colville Reservation and participates in traditional activities as an elder and student of his environment.