The Truth About Stories: Julie Buffalohead 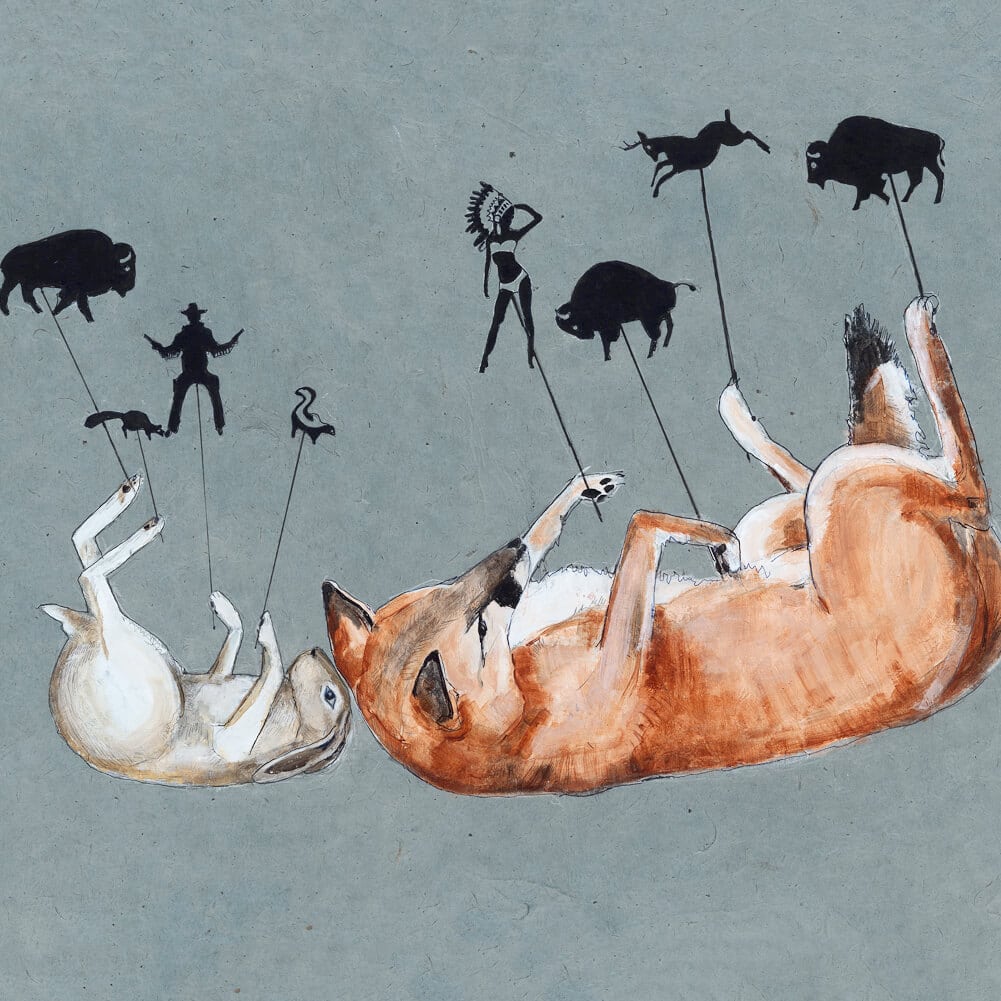 This exhibition is a collection of recent works on paper by Minneapolis-based artist Julie Buffalohead. Known for her deft use of allegory and archetype, Buffalohead’s narrative drawings are dreamscapes consisting of a rich cast of characters, trickster coyotes and rabbits as well as turtles, deer, birds, and rodents. In her works animals often take the form of humans and vice-versa. This fictional world is a means to engage with the very real ills of contemporary society such as the rise in gun violence, abuses of power, and racial injustice, as well as a way to poke holes into dominant narratives and history. The drawings also evoke a sense of play. In one instance, a prairie dog acts out a scene with cutout shadow puppets to a dozing deer, the deer itself participating in the masquerade with a tree branch tied to its head where an antler would be. The works are rich with potential and the possibility to imagine the world anew.

Born in 1972, Julie Buffalohead is an enrolled member of the Ponca Tribe of Oklahoma. She received her Bachelor of Fine Arts degree from the Minneapolis College of Art and Design in 1995 and her Master of Fine Arts from Cornell University in 2001. Buffalohead lives and works in Saint Paul, MN. She was awarded a prestigious Contemporary Arts Fellowship in 2013 by the Eiteljorg Museum of American Indians and Western Art in Indianapolis, Indiana, which showed her work in an acclaimed exhibition the same year. The Eiteljorg fellowship celebrates established and emerging Native American artists of merit. She also has been the recipient of the McKnight Foundation Fellowship for Visual Arts, a Jerome Foundation Travel and Study Grant, and a Fellowship for Visual Artists from the Minnesota State Arts Board. In addition to Bockley Gallery, Buffalohead’s work has been exhibited at local and national venues including the Minneapolis Institute of Arts; the Weisman Art Museum, Minneapolis; the George Gustav Heye Center; Smithsonian National Museum of the American Indian in New York City; the Carl N. Gorman Museum in Davis, California; the Plains Art Museum, Fargo ND; and Artfit Exhibition Space in Phoenix, AZ. 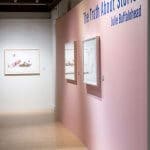 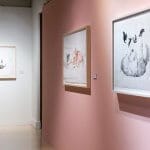 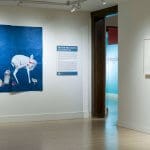 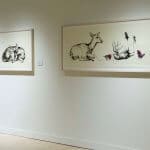 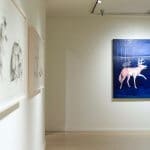 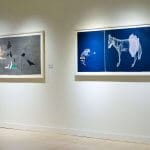 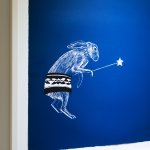 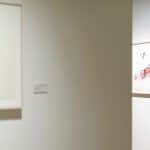 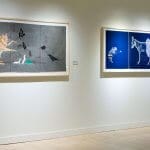 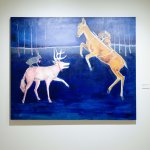 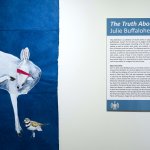 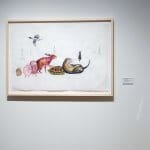