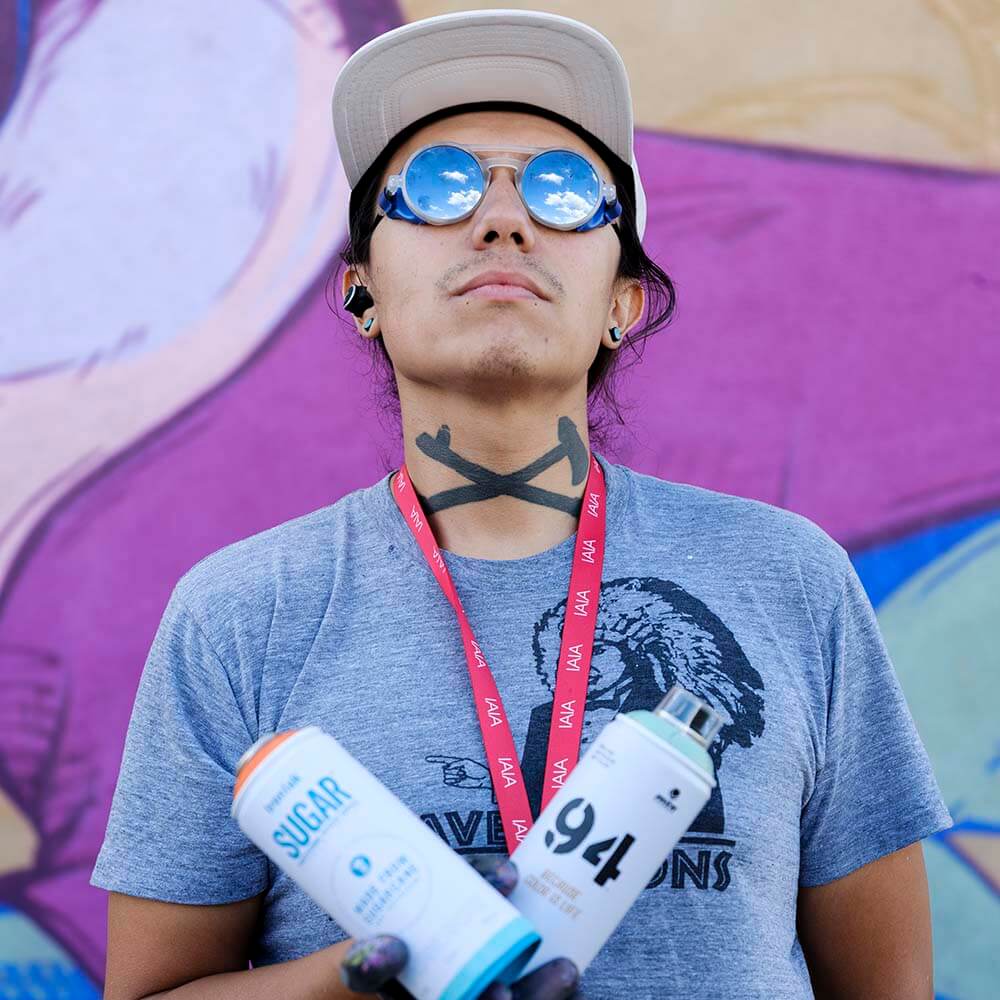 IAIA Artist-in-Residence (A-i-R) Bobby Wilson (Sisseton-Wahpeton Dakota) is nearing completion of the mural on the East side of the Academic Building. We think it will be done Sunday afternoon and we’ll have a pop-up celebration with free “travel food,” in keeping with the mural’s theme. 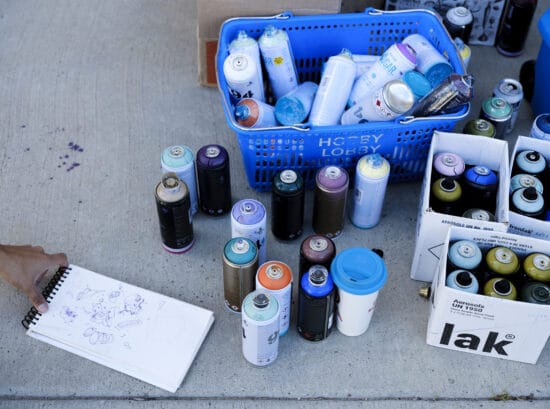 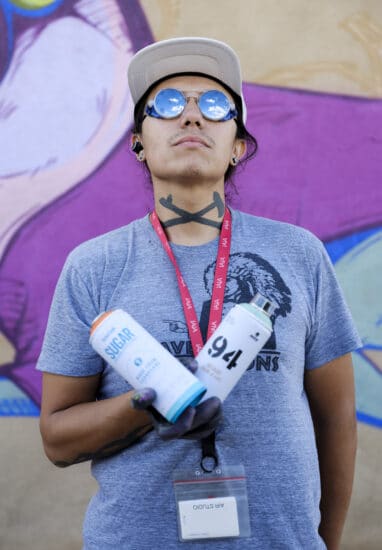 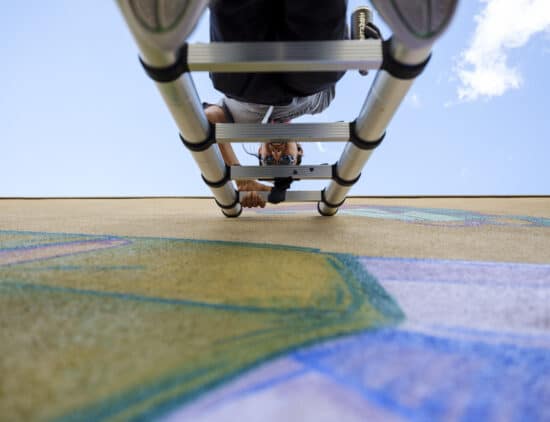 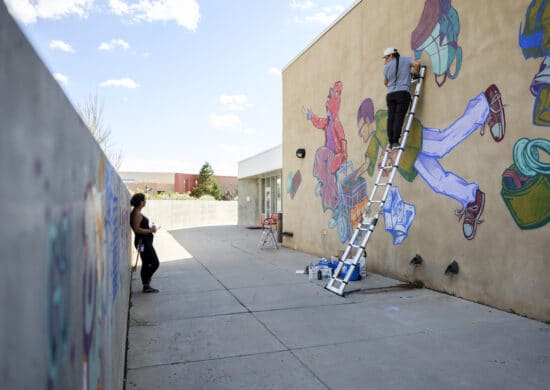 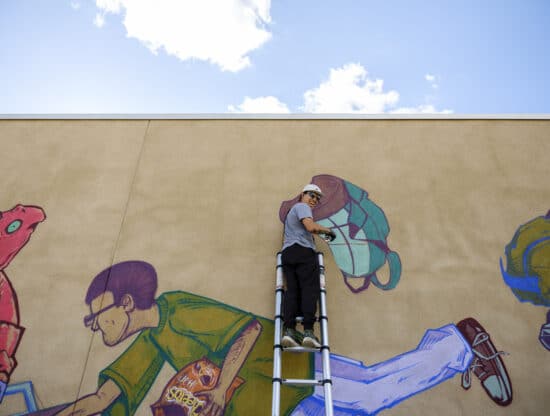