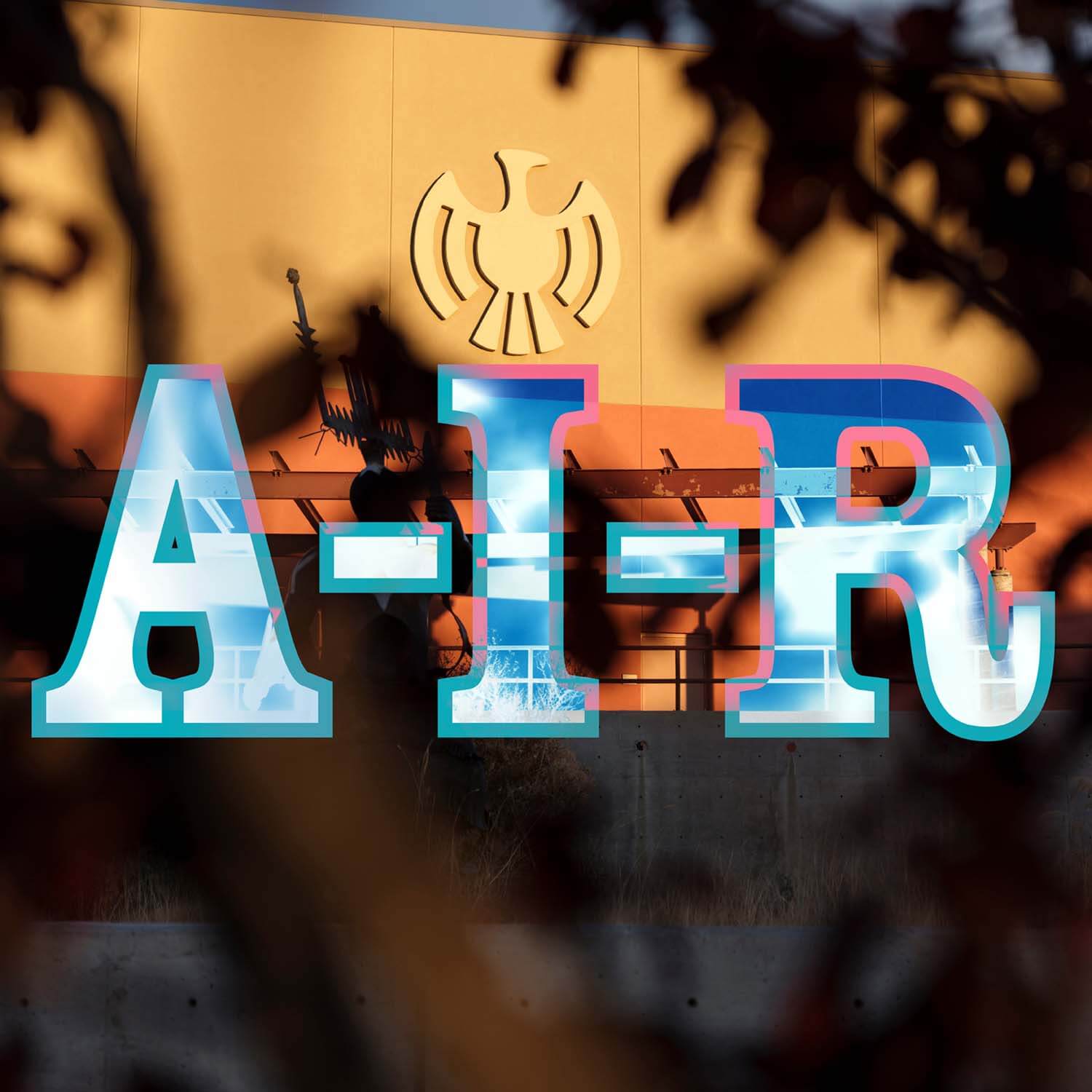 Join IAIA Artist-in-Residence (A-i-R) artists Adrian Wall, TahNibaa Naataanii, Luanne Redeye, Kenneth Johnson, and Monty Little in the Academic Building on the IAIA campus from 3:00 pm–5:00 pm for tours of the artists’ studio spaces. It’s Halloween—be sure to wear a costume to get some tricks or treats! Free and open to the public. 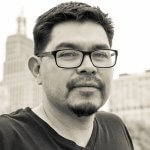 Adrian Wall (Jemez Pueblo) is a sculptor, and he has been sculpting since his late teens and has always had an affinity towards stone sculpture. Wall received his BFA from IAIA in 2014.

While Wall’s primary medium is stone, he works with many materials, including clay, bronze, and glass. He has won several major awards in sculpture competitions across the United States and is a member of the Indigenous Sculptors Society, an accomplished group of Native American Sculptors dedicated to the advancement of stone sculpture. His work can be found in the collections of the Eiteljorg Museum, the Indian Pueblo Cultural Center Museum, and the Hauku Museum.

Wall has been the recipient of several fellowships including the National Museum of the American Indian Visiting Artist Fellow, the School for Advanced Research Rollin and Mary Ella King Native Artist Fellowship, and the Southwest Association for Indian Arts Fellowship. The subjects of Wall’s sculptures most often relate to his Pueblo heritage. Stylistically, Wall is well known for blending figurative detail with abstract forms. 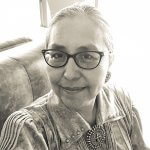 TahNibaa Naataanii (Navajo) is of the Many Hogan Clan and born for the Coyote Pass Clan. Her maternal and paternal grandfathers are the Mexican Clan and the Steep Rock Clan. She is from Table Mesa and Toadlena, New Mexico.

As a young girl, her paternal grandmother gave her the Navajo name TahNibaa Aglohiigiih. When translated it means TahNibaa the Weaver. Navajo Weaving was introduced to her by her mother, Sarah H. Natani, when she was seven years of age and in the second grade. She learned how to weave stripes first, then graduated to weaving squares and diamonds. Naataanii wove throughout her teenage years, and after she graduated from high school, her weaving ceased for a moment as she joined the U.S. Navy. After her Naval tour, she longed to hear the tapping of the weft and, shortly after, began to weave once again. She is discovering that she is falling in love with her work each day.

Naataanii enjoys raising sheep, working with raw and processed wool, enjoys weaving traditional-style Shoulder Blankets, contemporary designs, and exploring the creative process. When she weaves, she feels the wisdom of her Great Matriarchs and “Asdzaa Maaiideeshgiizhnii” who make her a 5th generation weaver. 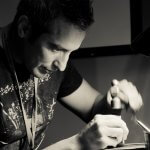 Kenneth Johnson (Musogee Creek/Seminole) is a custom jewelry designer who is quick to smile and is known for his attention to detail in his jewelry creations. He specializes in stamp work, repoussé, and engraving precious metals using Southeastern Native motifs.

He also enjoys using his experience in the arts and organizing talent for community development projects such as the ongoing Mvskoke Canoe Paddle Project and, in the past, the Santa Fe Indian Market collaborative concho belt, silverware, and necklace projects.

He is a former Southwestern Association for Indian Arts Board Member, is currently Chair of the Mvskoke Arts Association, and is a new Board member of the Ralph T. Coe Center for the Arts in Santa Fe. Johnson currently makes his home and art in Santa Fe, New Mexico. His residency is generously supported by the National Endowment for the Arts.