Noted Multimedia and Performance Artist James Luna Passes Away at 67 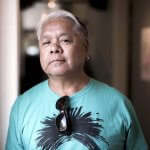 IAIA is sad to announce the passing this past weekend of internationally-renowned performance and installation artist James Luna (Payómkawichum (Luiseño)/Ipi (Diegueño and Mexican-American).

Luna was born in 1950 in Orange, California. He moved to the La Jolla Indian Reservation in California in 1975, where he lived until his death in 2018. In 1976, he earned a Bachelor of Fine Arts degree at the University of California, Irvine, and in 1983, he earned a Master of Science degree in counseling at San Diego State University. In 2011, Luna received an Honorary PhD from the Institute of American Indian Arts. Luna taught art at the University of California, San Diego and, he spent 25 years as a full-time academic counselor at Palomar College in San Marcos, California.

With over 30 years of exhibition and performance experience, Luna has given voice to Native American cultural issues, pursued innovative and versatile media within his disciplines, and charted waters for other artists to follow. His powerful works transform gallery spaces into battlefields, where the audience is confronted with the nature of cultural identity, the tensions generated by cultural isolation, and the dangers of cultural misinterpretations, all from an Indigenous perspective.

The Institute of American Indian Arts and the IAIA Museum of Contemporary Native Arts community is deeply saddened to hear of the passing of James Luna. James has given so much to IAIA including donating his archival papers and artwork. James always made a special effort to mentor the next generation of Native artists. He befriended, supported, and influenced directors, artists, and art administrators over his extensive career. Professionally, I worked with James my entire career beginning at Atlatl in the 1990s, NMAI in the 2000s, and IAIA over the past decade. It’s difficult to imagine that James Luna no longer lives on this earth. However, his art and contributions to the art world will live on in institutions and publications, but more importantly he will live on in perpetuity in people’s minds and hearts. Rest in Peace James Luna. 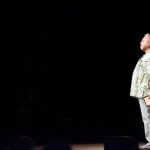 James Luna at The Lensic

In 2005, he was selected as the first Sponsored Artist of the Smithsonian’s National Museum of the American Indian presented at the 2005 Venice Biennale’s 51st International Art Exhibition in Venice, Italy.

Currently, his work is part of Without Boundaries, an exhibition on view at the IAIA Museum of Contemporary Native Arts. The exhibition features Indigenous leaders in the arts and the work of contemporary artists whose work encourages social action. The artworks explore issues from decolonization to climate change.

In 2015 Luna was also a part of the groundbreaking Acting O U T: A Symposium on Indigenous Performance Art, organized and hosted by the IAIA Museum of Contemporary Native Arts in partnership with the Museum of Indian Arts and Culture, the New Mexico Museum of Art, and the Lensic Performing Arts Center.

Photographic highlights of James Luna at the Institute of American Indian Arts from November 9, 2015–June 26, 2017. 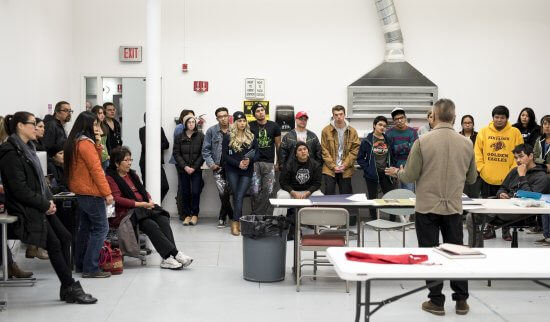 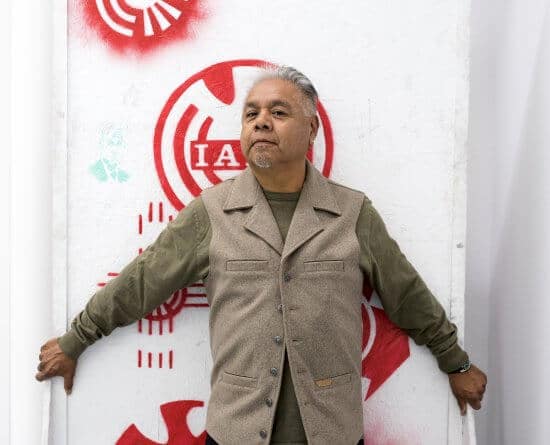 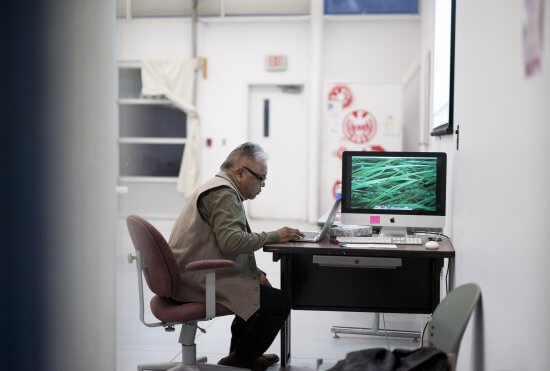 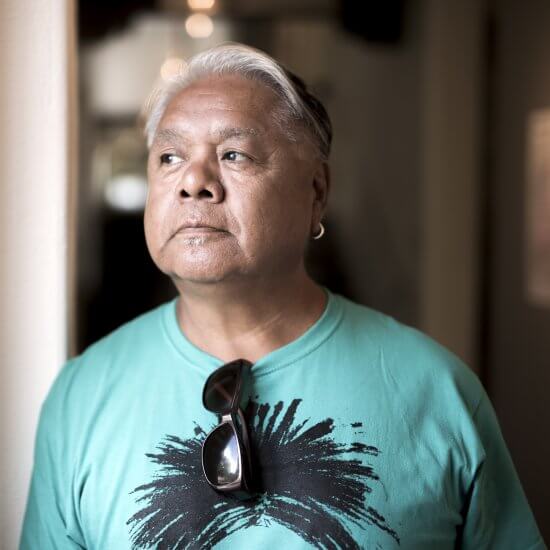 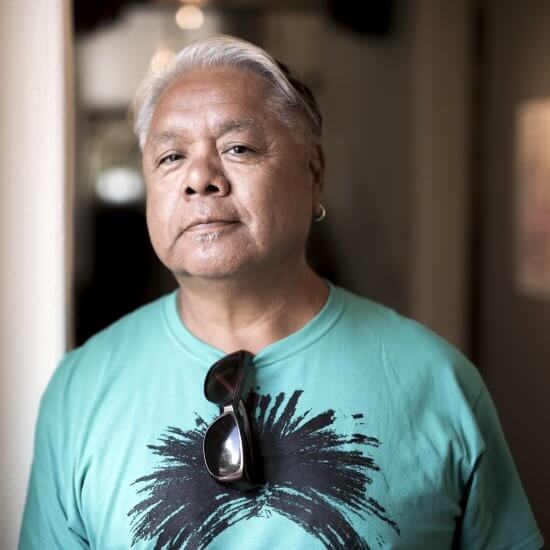 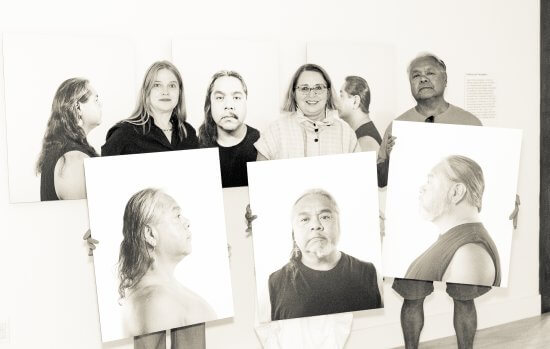 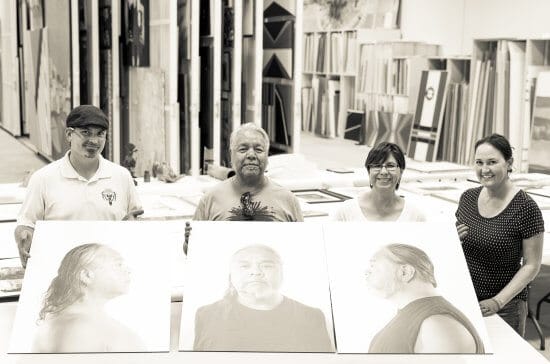 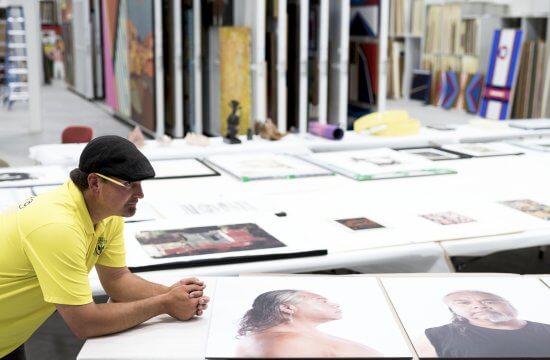 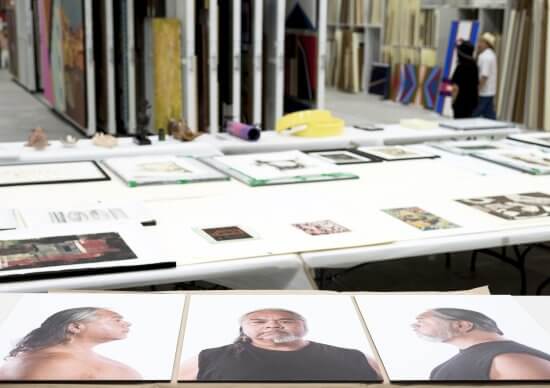 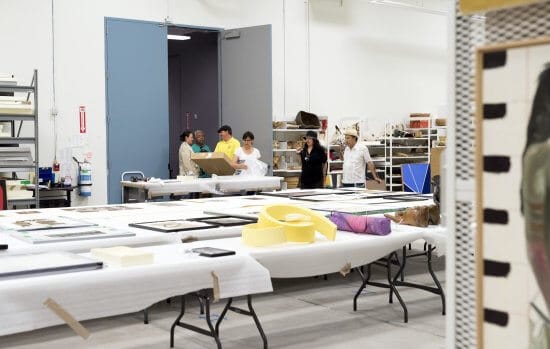 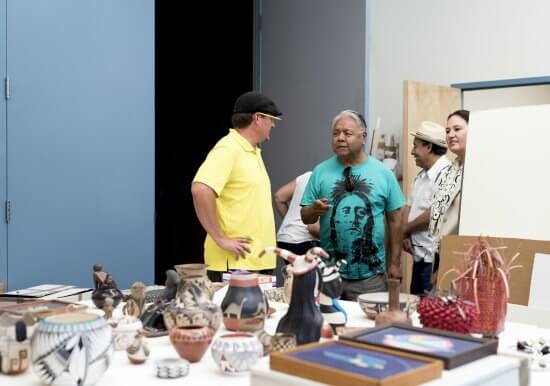 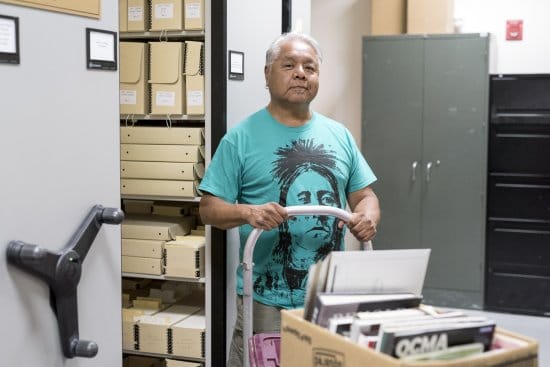 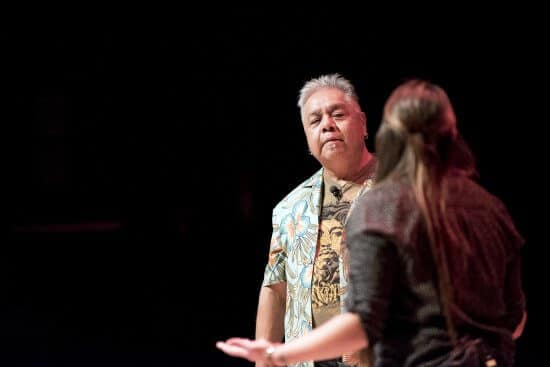 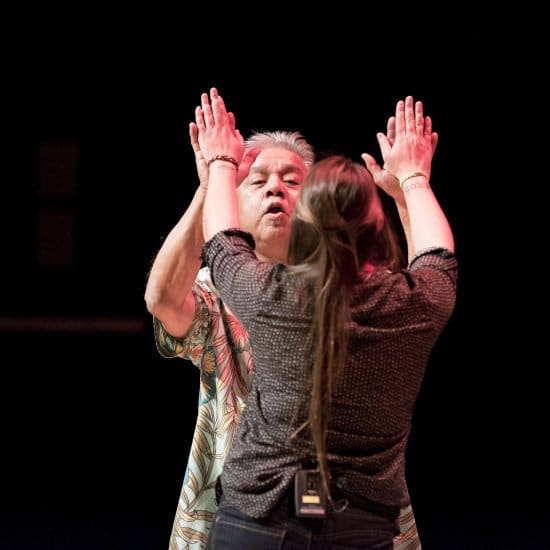 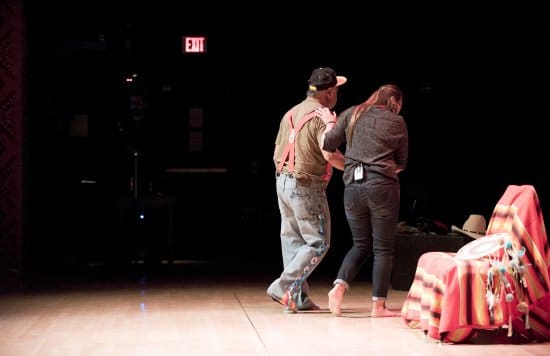 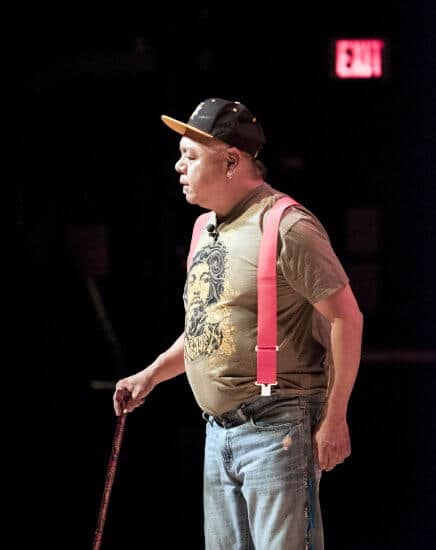 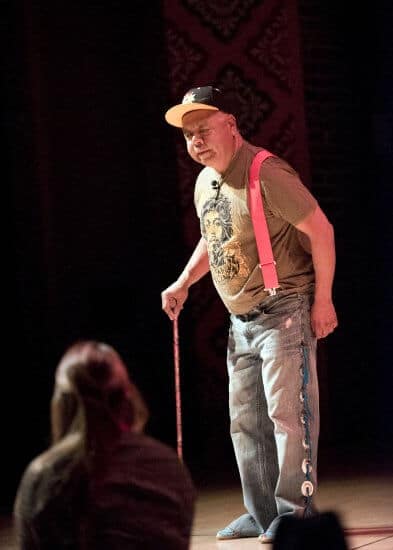 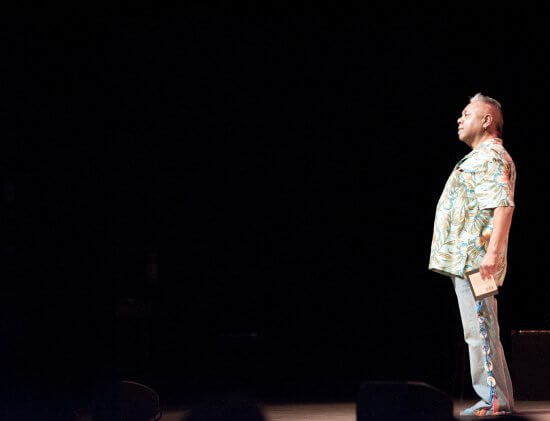 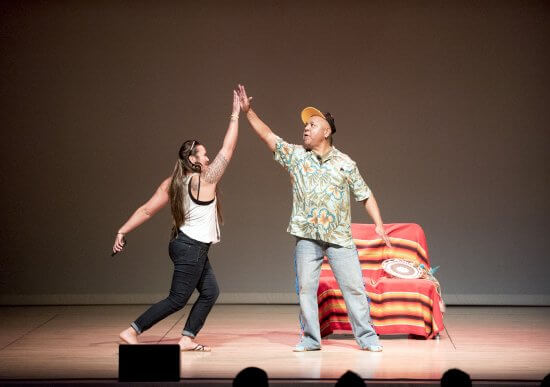 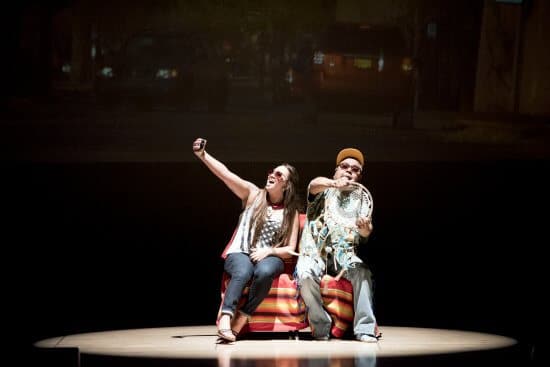 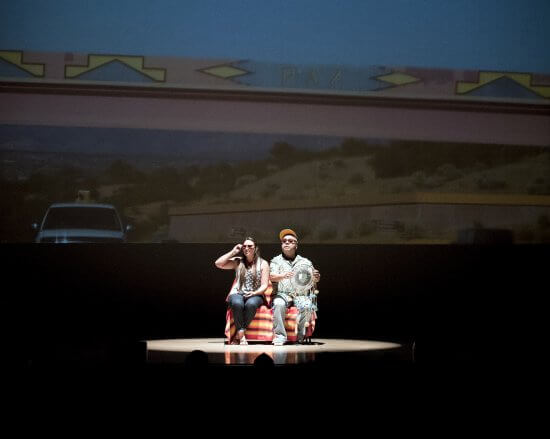 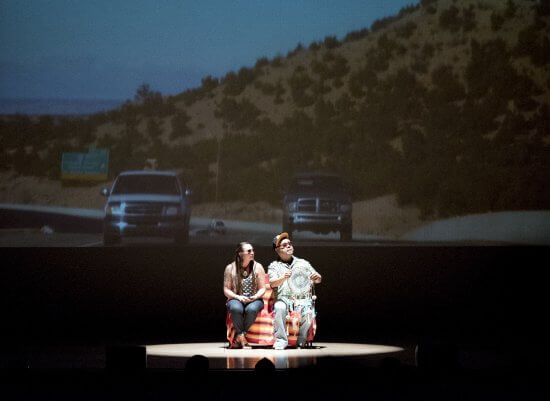 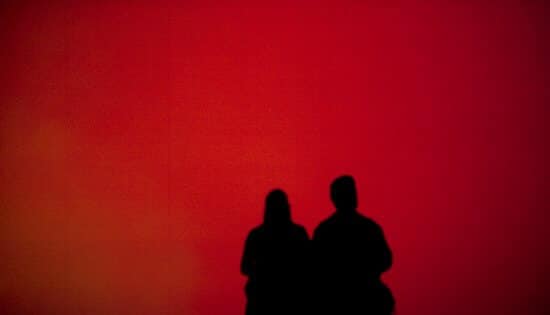 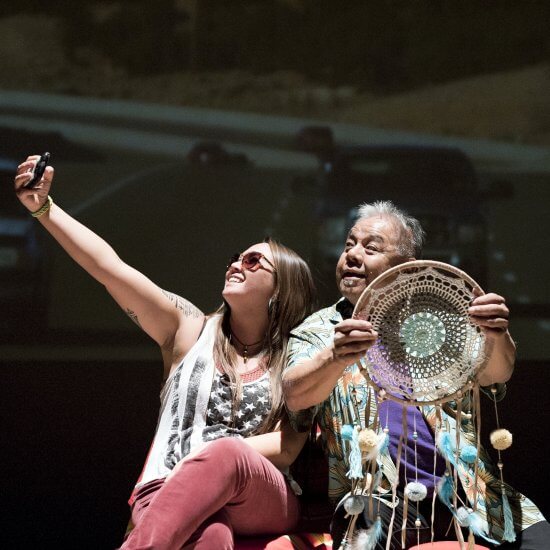 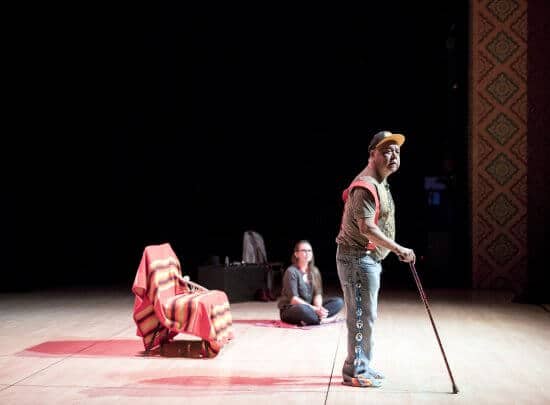 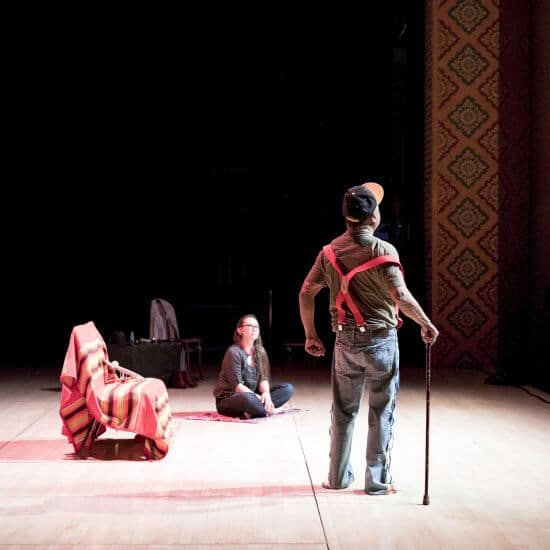 All photographs by Jason S. Ordaz. For more information, please contact Marketing and Communications Director Eric Davis at (505) 424-2351 or at eric.davis@iaia.edu.