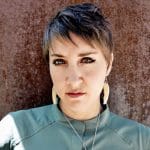 Abigail Chabitnoy earned her MFA in poetry at Colorado State University and was a 2016 Peripheral Poets fellow. She has been a resident of Caldera and the Wrangell Arts Center, and her poems have appeared in Hayden’s Ferry Review, Boston Review, Tin House, Gulf Coast, LitHub, and Red Ink, among others. She is a Koniag descendant and member of the Tangirnaq Native Village in Kodiak, Alaska. Her debut poetry collection, How to Dress a Fish, was recently released from Wesleyan University Press. 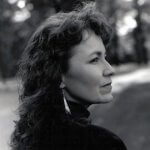 Kimberly Blaeser is the author of four poetry collections, most recently Copper Yearning, (forthcoming from Holy Cow! Press) and Apprenticed to Justice (Salt Publishing). Her scholarly work includes the monograph Gerald Vizenor: Writing in the Oral Tradition, and she is the editor of Traces in Blood, Bone, and Stone: Contemporary Ojibwe Poetry and Stories Migrating Home. Blaeser, who served as Wisconsin Poet Laureate for 2015–2016, is a Professor at the University of Wisconsin—Milwaukee. She is an enrolled member of the Minnesota Chippewa Tribe and grew up on White Earth Reservation.  An editorial board member for the “American Indian Lives” series of the U of Nebraska Press and the “Native American Series” of Michigan State University Press, Blaeser’s short fiction, poetry, creative non-fiction, and scholarship has been widely anthologized. 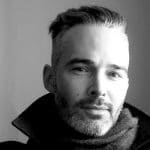 Ken White is a poet and screenwriter. He co-wrote and and co-produced the feature film Winter in the Blood, co-directed and co-wrote the short film Universal VIP, as well as directed and co-wrote the short film The Conservationist, currently in development as a feature, which White will direct. He has written or co-written ten feature scripts, including Blight, and The Wereman, The Sorrows, and Cullen’s Hound, as well as new scripts, The Orpheum Circuit, The Conservationist, and a television pilot, LIT, with James Meetze. White is the author of three books of poetry, Eidolon, The Getty Fiend, as well as Middlemost Constantine (forthcoming from Spork). His work has appeared in The Boston Review, The Tusculum Review, Columbia: A Journal of Literature and Art, Omniverse, Manor House Quarterly, Versal, Spork, Horsethief, and Poets.org, among others. White teaches screenwriting in the IAIA Low Residency MFA in Creative Writing program and joins the faculty at the University of Nebraska-Omaha in the fall of 2019.